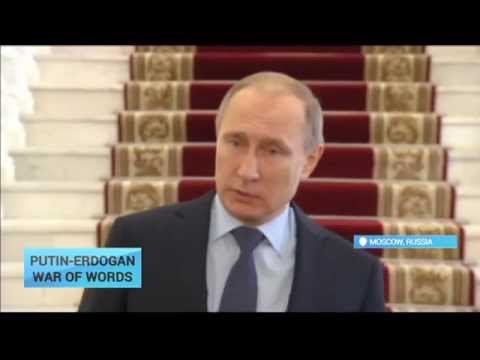 Two Turkish F-16 fighter jets shot down a Russia warplane . . . This will most probably have serious consequences in both countries, on their relations, and will also influence regional balances, particularly on the Syrian crisis.

Turkey justifies its actions by explaining that despite ten warnings within five minutes, the Russian warplane violated Turkish airspace. Russia rejected the accusation stating that their warplane was almost 1 km inside the Syrian territories. Airspace violation, if this was in fact the case, excuses Turkey’s reaction when considering its rules of engagement. Nonetheless, taking into account both countries’ close economic relations and Russia’s power both in the region and international relations, shooting down a Russian jet cannot be explained only by Turkey’s airspace violation or rules of engagement. Such a case holds deeper political connotations and will have certain severe consequences.

Since the onset of the uprising in mid 2011, both Turkey and Russia have been intensively involved in the Syrian crisis, taking opposing roles. Previous to this, Turkey had a close co-operation with Bashar al-Assad, which developed as Turkey softened its water policy on the condition that PKK activities would be banned in Syria. However, with the outset of the Syrian crisis Turkey was one of the first and main countries that supported the Syrian opposition.

For instance, in all its capacity, Turkey has started to back a number of Syrian opposition groups, including extremist groups such as the Muslim Brotherhood and al-Qaeda affiliated Jabhat al-Nusra. During the conflict between ISIS and the Kurds, Turkey shut their eyes to ISIS activities, including the crossing of recruiters and logistical supplies across the border. Although this strongly damaged Turkey’s image in international relations, for Turkey it most probably would be worth it if Bashar al-Assad would be ousted and the Kurds lose their territorial control.

Russia, on the other hand, regards continuance of the Bashar al-Assad regime as a necessity for its political and military interests within the region. Since the beginning of the crisis Russia has therefore provided political, logistical, intelligence and military support to the Syrian government. This split in Turkey and Russia’s Syrian policy has pushed both countries against each other and further intensified Russia’s airstrikes against ISIS as well as some moderate oppositional groups. Siding with the US, Turkey wanted Russia to attack only ISIS and not Syrian oppositional groups.

Although the above-noted dynamics are crucial, Turkmen groups’ geographical location and their challenge to the Kurds territorial establishment are most significant to Turkey. Most of the Turkmens reside in the Kurdish territories with a high concentration in the Jarablus region, which is currently under ISIS control and cuts the geographic connection between the two Kurdish cantons, Kobani and Afrin.

“Turkmen groups are Turkey’s main allies in the Syrian opposition”

In contrast to Turkey’s policies, Russia has developed warm relations with the Kurds, mostly politically but also by endorsing the Kurds’ struggle against ISIS in the media. It can be argued that it was Russia that announced the Kurds’ Kobani resistance to the world. Moreover, unlike Turkey, Russia did not show a strong opposition to a Kurdish Corridor formation. It even considered it as a step for the creation of a democratic Syria and a means for eliminating extremist groups. It seems that Russia would also allow the Kurdish Democratic Union Party – which is a party Turkey regards as a PKK-affiliated group – to set up their office in Russia. Signalling Russian recognition of the PYD.

Considering all of the mentioned factors together, it can be debated that Turkey’s harsh opposition to the Assad regime, severe challenge to the establishment of a Kurdish Corridor, and its close association with Turkmen groups strongly influenced and shaped its Russia policy in Syria. The incident therefore could be regarded as a message to Russia. However, considering Russia’s regional and international power, Turkey’s stance raises another question: did the US also want to send a message to Russia through Turkey? The US has also criticized Russia’s airstrike against Syrian moderate opposition groups and has demanded it to confine its attack only to ISIS.

On the other hand, due to Turkey’s NATO membership a military reaction may not come from Russia, but relations between both parties will definitely be strained. Russia’s President, Vladimir Putin, in reaction to the downing of its warplane claimed that Russia was “stabbed in the back.”  Putin also accused Turkey of co-operating with ISIS: “The loss of our aircraft comes in the context of our fight against terrorism. But today’s loss was a blow in the back by the accomplices of terrorists”. He added that Turkey “is one of the main sources of funding for the terror group.” These are no doubt serious claims, and if Russia is able to prove them Turkey will face harsh consequences in international law.

Diplomatic relations between the two countries will most likely turn tense. For instance, Russian foreign minister, Sergey Lavrov, has cancelled his planned visit to Turkey today and has warned Russian tourists in Turkey. Russia could also potentially intensify its attacks on certain Turkey affiliated groups in Syria, as well as developing relations with the Kurds, which of course will irritate Turkey.

In addition to all of these factors and consequences, economic relations between the two can also be negatively influenced. Russia is Turkey’s largest energy supplier, particularly of natural gas. As a result of today’s incident, it is likely that Russia will restrict its supplies to Turkey, which in the long run will greatly damage the Turkish economy.

Dr. Deniz Çifçi is a Middle East analyst at the Centre for Turkey Studies in London.

Reprinted with kind permission from Your Middle East