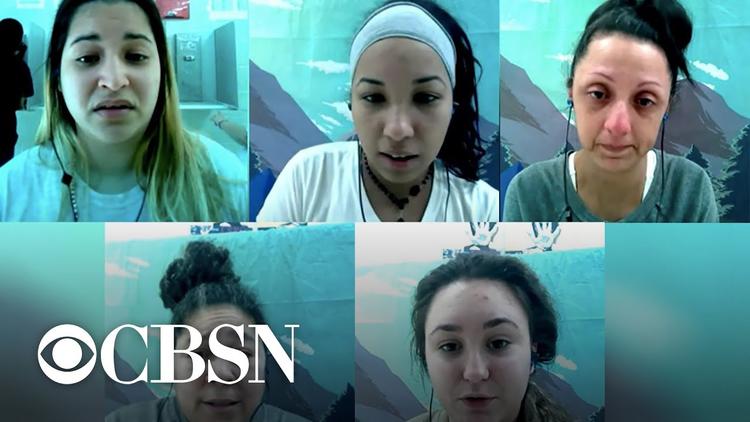 (Special to Informed Comment) – Yesterday was the last day of a peculiar Passover, celebrated under the Coronavirus pandemic. It reminded me of a famous story. Two British salesmen went down to Africa in the 1900’s to find if there was any opportunity for selling shoes. They wrote telegrams back to Manchester. One of them wrote, “Situation hopeless. They don’t wear shoes.” And the other one wrote, “Glorious opportunity. They don’t have any shoes yet.”

At first glance, the Passover story seems like the first salesman’s “hopeless situation”- where God had to inflict plagues on the Egyptians in order to free the Israelite slaves from their oppression, and civil discourse failed. However, Passover lends a glorious opportunity for a different approach- that of social justice and human rights. On the first two nights, Jews worldwide sat at their Seder tables, pointed to the matza, and chanted from the Haggadah, the text recited at the Seder, “this is the bread of poverty and persecution . . . whoever is hungry, come and eat, whoever is needy, come and join us.” We invite the poor and needy — regardless of their religion or ethnicity — into our homes to engage and celebrate with us.

Of course, this year was very different. We could not physically invite anyone into our homes because of COVID-19. Thus, I was compelled to find additional meaning to the Passover rituals.

Unable to invite the elderly or lonely neighbor to our table as we usually do, I challenged myself to think of all those separated from their families with no family feast or a place to call home. I saw in my mind the displaced of the world – the 70 million refugees surviving in tents and camps in desolate places under harsh conditions.

I considered the hundreds of separated children and families in ICE custody. They fled violence and brutality, only to be put in conditions that make them even more vulnerable to the global pandemic threatening us all.

Inspired by the concept of civil discourse, and moved by brave Holocaust survivors I have met such as Isaac Gendelman, Martin Finkelstein, and Nessie Godin, I founded F.A.I.R– Fans of Asylum and Immigration Reform, a student advocacy group. This student-led group is dedicated to seeking justice and aid for refugees and asylum seekers in the United States and at our borders.

F.A.I.R volunteers contributed to the Walk with Waymakers campaign which raised $8,000 for the Young Center for Immigrant Rights. Among other actions, they assign child advocates to unaccompanied children at the US border. Additionally, we promoted the ACLU petition to stop the spread of COVID-19 by releasing vulnerable communities from immigrant detention, jails, and prisons. The crowded and unsanitary conditions in the detention centers pose a severe humanitarian threat, increasing the likelihood of getting infected. Lastly, I and other F.A.I.R volunteers started Skyping with refugee children to help them practice English and cope with the current situation in which schools and libraries are closed. Reading stories to children, playing virtual Simon Says, and presenting Show and Tell highlighted that even small gestures make a big difference.

One might think that policy changes can be achieved mainly through words and political speeches. But in my opinion, actions speak louder than words. This idea is brought to life in the Haggadah when we recite, “In every generation, one is obligated to see oneself as one who personally went out from Egypt.” The Jewish medieval scholar and philosopher Maimonides interpreted this saying as “one is obligated to SHOW oneself…” with actions, not only words. This was my vision when founding F.A.I.R.

The challenge of solving the refugee and border crisis is daunting, and it won’t happen with the flick of a switch. I realize there is strong opposition to fair-minded, liberal immigration policies. Yet, the struggle for human rights requires dedication and an understanding that it is a gradual process which can succeed with small incremental steps. As Dr Martin Luther King said, “Take the first step in faith. You don’t have to see the whole staircase, just take the first step.”

Learning from immigrants and refugees- from their stories and cultures- and taking action on their behalf- signing petitions, writing letters, donating resources, and volunteering- is at the heart of our Jewish and American traditions. The hardships we felt during this year’s Passover, an ounce compared to those felt by refugees and asylum seekers worldwide, can become a “glorious opportunity” to pledge solidarity and engage in action for those who really need our help.

CBS News: “”We are trapped”: Immigrant women speak out from detention amid pandemic”