As I was setting off for some conferences in the UK last April, I got an invitation from Tim Sebastian to come participate in the Doha Debates on April 29. Sebastian for years ran a hard hitting interview program on the BBC. More recently, he has hosted the Doha Debates in Qatar. The debates are sponsored jointly by BBC World, which carries them the following weekend, and by the Qatar Foundation.

The video of the event in which I participated is here.

The Doha Debates have a local audience and a big student following. They also sponsor a Qatari student debating team.

Among the aims of the enterprise is to foster a tradition of Oxford-style debating in the Gulf and the Arab world. Given that Qatar is emerging as a major educational hub in the region, with its innovative Education City Complex the Doha Debates have taken on an important pedagogical role.

The question put to us was whether Sunni-Shiite fighting had damaged the reputation of Islam as a religion of peace. I have to say that I did not particularly like the question, which seemed to me to lack analytical rigor. It did not specify when and where, nor the audience for Islam’s reputation, and the last part begged a question. I think the way it was posed, as a matter of the reputation of Islam, tended to make a Muslim audience defensive and concerned to defend the honor of their faith. That is, if the point was to foster reasoned, dispassionate debate, then this question was ill suited to the purpose in the context of an Arab Muslim audience.

My fellow debaters were Gen. Ali Shukri of Jordan, a former adviser to the late King Hussein (who argued for the motion, as did I); Hisham Hellyer, a UK Muslim intellectual; and Imam Hassan Qazwini, who runs an impressive Shiite mosque in Deaborn, Michigan and who is originally from Karbala in Iraq. I knew Hillyer and Imam Qazwini and we had usually been on the same side in debates about Islam, so it was a little odd to be ranged against one another.

I arrived in Doha from London on the evening of the 28th of April. 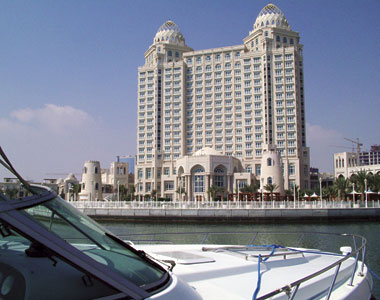 By the time I got settled in the hotel, it was late. I asked the concierge about taking a walk, and he recommended the Corniche, which was near the hotel. So I walked along the seaside (Qatar is a peninsula sticking up into the Persian Gulf). There were others out, including families. There was a little kiosk serving coffee and ice cream, and people seemed to be drinking coffee at midnight.

The population is polyglot, so you could see Qataris, Egyptians, Filipinos, Pakistanis, Indians, Nepalis, Sri Lankans, Chinese, etc. Qatar’s population is officially about one million, but it may be half again that in reality. There are differing estimations of the number of native citizens, usually put at 150,000. The rest are guest workers, most on 2-year renewable visas. Only 20 percent of the guest workers are Arabs. Qatar may have six or seven million people in a decade or two, raising questions about its ultimate identity, since a large part of the population seems likely to be non-Muslims from the Indian Ocean region.

Qatar is the only other Wahhabi state besides Saudi Arabia, but its tone is very different. One Qatari friend told me it was the difference between Wahhabism of the sea and Wahhabism of the desert. Qatari merchants plied dhows in the old days to India and were always more cosmopolitan. Although the Sunni mosques, which are licensed by the Pious Endowments ministry, are all of the conservative Hanbali school, the government is now allowing a Catholic church to be built. (Not something you’d see in Saudi Arabia). Although my hotel was thankfully quiet, apparently some have night clubs for the expatriates, and serve alcohol. Again, not a Wahhabi set of policies. And, Sheikh Hamad Al Thani, the current emir, has an interest in promoting open intellectual exchange; hence Aljazeera and the Doha Debates. In these ways, Qatar is starting to resemble the United Arab Emirates to the south more than it does Riyadh.

On Tuesday morning, Mr. Sebastian met with Gen. Shukri and myself to discuss the mechanics of the debate and strategy. They stressed that the opening statement is key to persuading people. Gen. Shukri and I had lunch later on to talk more about what kinds of arguments and anecdotes might be persuasive.

Despite the draw for me of the hotel beach, I dutifully stayed in my room that afternoon working on my opening statement and my main arguments.

I thought this statement by former Senate majority leader Trent Lott pretty persuasive that the Sunni-Shiite strife has damaged Islam’s image. Alas, as things transpired it became clear to me that most of the studio audience had no idea who Trent Lott was and so could not gauge the significance of the quote.

The debate itself, you can see at the link above. It was collegial and maybe suffered from us all liking each other too much.

I got both bouquets and brickbats from the studio audience, but it seemed clear to me that for some of them, the way the question was phrased put them on the defensive.

It was a great experience, and I greatly enjoyed the back and forth with the other debaters and with the audience. Mr. Sebastian took us out for a nice dinner afterwards (Italian), and the hosting throughout the trip was among the best I’ve ever experienced.

The debates were broadcast on BBC World that weekend. Unfortunately I don’t think you can get it in the United States. My DISH network just gives me this awful “BBC America” which replicates in a British accent the worst features of American television. Apparently we are not considered grown up enough for real news.

On Wednesday I went to Aljazeera to do some interviewing, 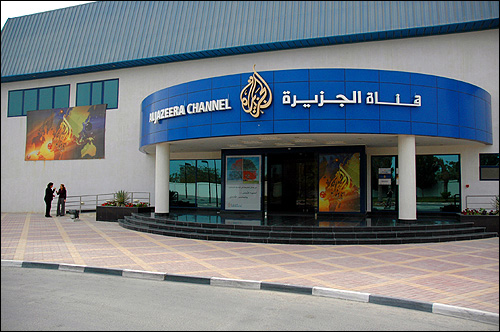 which ended up as a Salon article. The Doha Debates staff very kindly set up those interviews.

On Thursday and Friday I was shown around Education City and then hooked up with old friends, who showed me around the rest of the city, which has grown enormously since I was last there in 1988.

Not everything has changed. The Emir has tried to preserve the old souq or traditional market:

And a good time was had by all!