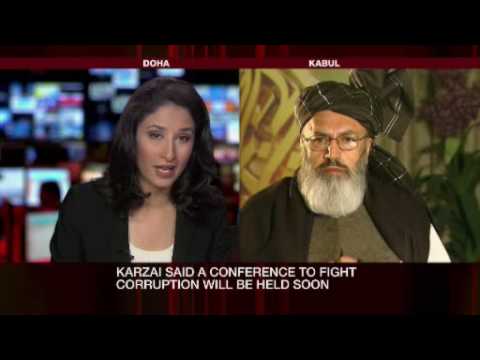 During his state visit to Washington, D.C., Indian Prime Minister Manmohan Singh pressured President Barack Obama not to execute a hasty withdrawal from Afghanistan. Singh said, “I have no doubt in my mind that if Taliban and Al Qaeda group of people succeed in Afghanistan that would have catastrophic results for the security and stability not only of Pakistan but also for the security and stability of whole South Asia.”

President Obama is widely thought to be likely to announce his Afghanistan plans next week. Leaks suggest that he will send 34,000 new troops. If that is so, Gen. Stanley McChrystal has won the struggle for policy decisively.

The USG Open Source Center translates a Pashto news item about fighting in Qunduz Province, north of Kabul, on Monday between Taliban on the one hand and on the other, NATO (in this case German) & Afghanistan National Army forces. About a third of Qunduz is Pashtun, and some members of that ethnic group have joined the fight against the Kabul government and its foreign backers. Taliban fighters appear to have attacked a German/ ANA convoy, but were dispersed when the Germans called in close air support:

According to reports since today afternoon severe clashes are taking place in the area. Afghan Security forces and ISAF, who are engaged in the battle, did not give further details about the on going clashes in the area. Local residents told Afghan Islamic Press (AIP) that centre of war is in Nahrsufi area of Chahardara District and it will possibly extend to other areas as well.

The residents say that ISAF Planes are flying over the area, taking part in the operation. A resident told (AIP) that the offensive by joint Afghan – Coalition forces is against the Taleban and explosions of Taleban planted mines were also heard in the area. Taleban did not give any details to media about the battle.

Chahardara District is located close to Konduz city which has seen clashes in past as well.

(Description of Source: Peshawar Afghan Islamic Press in Pashto — Peshawar-based agency, staffed by Afghans. The agency used to have good contacts with Taliban leadership; however, since the fall of the Taliban regime, it now describes itself as independent and self-financing)’

‘Another reason for the failure of US troops in Afghanistan has been their ignorance about the social, religious and cultural values of Afghan people. During my recent visit to Afghanistan, I was informed that . . . some . . . US soldiers invited the anger of the Afghan villagers when a US soldier was lying naked taking a sunbath after having showers in a pond in Kunnar province. He was soon spotted by Afghan village kids who got infuriated and threw stones at him. This resulted in firing at the kids by US troops and the situation turned into a bloody brawl. ‘

Russia Today picks up the story about the US military paying Afghan tribesmen to fight the Taliban:

Aljazeera English hosts a debate over how much authority Hamid Karzai has in Afghanistan: