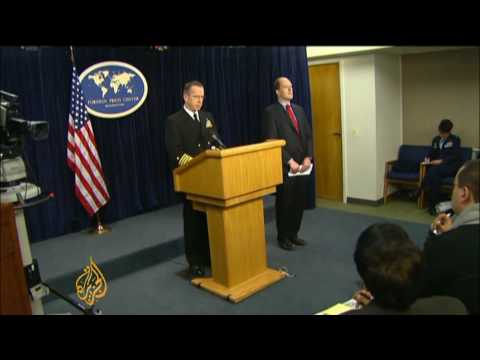 Five large bombs were detonated throughout Baghdad on Tuesday, killing 127 persons and wounding 500, and damaging important government buildings. Three of the five were suicide bombs.

Al-Hayat reports in Arabic that the bombings targeted the ministries of the interior and of finance, as well as a popular market and a court house. They hit on either side of Karkh and Rusafa districts. The first bombing struck at the gates of a Technical Institute in Dora, about 10:05 am, and then a courthouse in Karkh. The final bombing occurred in the Western Sunni district of Mansur, striking near a federal police building and a publicity office of the US military. The Ministry of Finance building hit on the edge of a market was the one employees moved into when the original Finance offices were destroyed by a massive bombing in October. Over-all, many of the dead were police or officers.

The streets were eerily empty in the aftermath of the attacks, and American helicopters hovered above the sites that had been bombed, according to al-Zaman. Al-Sharq al-Awsat says that security at checkpoints was redoubled after the bombings.

Parliament’s Security Committee announced that it would question security-related cabinet ministers on December 17 as to how this serious lapse in security occurred. Hadi al-Amiri, chair of that committee, is head of the Badr Organization, a Shiite paramilitary related to the Islamic Supreme Council of Iraq, a pro-Iran, fundamentalist Shiite party. ISCI took a bath in last January’s parliamentary elections, facing a strong challenge in Baghdad and Basra from Prime Minister Nuri al-Maliki’s Dawa or Islamic Mission Party. Some of the outrage directed at the government is probably related to the upcoming parliamentary elections, in which attempts will be made to depict al-Maliki and Dawa as ineffective in providing security. Al-Zaman, reporting in Arabic, says that Baha’ al-A’raji, a Sadrist MP, also slammed the government for failing to stop the bombings.

Aljazeera English reports on the dilemma created for Washington by the security challenge in Baghdad.

Aljazeera notes that some US media outlets did not bother to cover these attacks in Iraq, and wonders if the story will return. I think the answer depends on the journalistic integrity of the outlet. For many, the answer will be no. Many US media are nationalist media, and cover stories having to do with US national projects. Americans have already decided that Iraq was a mistake, and they know the US military is leaving, and so what happens there is not “news” as much of the corporate media defines it (i.e. a story that generates profits because of wide public interest in it).

CBS, to its credit, did cover the story: