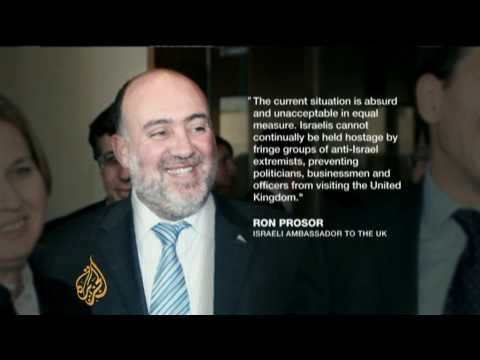 This incident is admittedly only a minor brouhaha, since former Israeli foreign minister Tzipi Livni was forced to cancel her trip to London and since David Miliband, the British secretary of state for foreign and commonwealth affairs, immediately dissociated himself from the court warrant and apologized to the Israeli government. But I would argue that it is one of a growing number of signs that far right policies of Kadima and Likud are increasingly analogous to what happened to the cigarette industry.

Public opinion counts for something. As the European public increasingly views Israeli annexation of Palestinian land and oppression of Palestinians as illegitimate, it becomes easier for critics to appeal to law and the courts. The UK decision to label the produce of Israeli settlers on the West Bank as such will permit Britons who oppose colonization to decline to buy them.

In their attack on little Gaza last winter, Livni and other high Israeli officials violated international law, as the Goldstone report demonstrated. They targeted civilian infrastructure, used disproportionate force, and at the very least showed studied disregard for innocent life.

Apologists and propagandists for “Greater Israel” are just like the hired gun scientists from decades ago who used to come on television and speak of the health benefits of smoking. When the public stopped believing it, then consumers started winning lawsuits.

Israeli militarism and expansionism have jumped the shark when it comes to European public opinion, and this sea change will have real world effects as boycotts spread against this growing Apartheit.