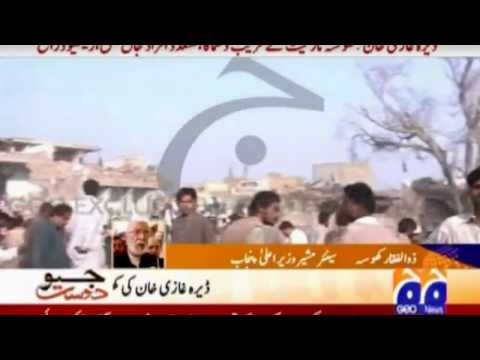 A suicide bomber failed to reach his target and instead blew up innocents at a market in the province of DG Khan, a Punjabi area that abuts more tribal, Pashtun districts. The death toll has risen to 33 in later reports.

Zulfiqar khosa, a senior official in the branch of the Muslim Lleague that follows former prime minister Nawaz Sharif, confirmed that he was the target. The Pashtun Taliban are announcing that they can strike at Punjabis at will, and that even conservative parties like the Muslim League are at risk if they support the campaign against the Taliban.

Still, CSM reports on a recent Brookings study that shows that the number of attacks by militants has been falling each month since the army took on the Taliban in Swat, which is itself now considerably safer.