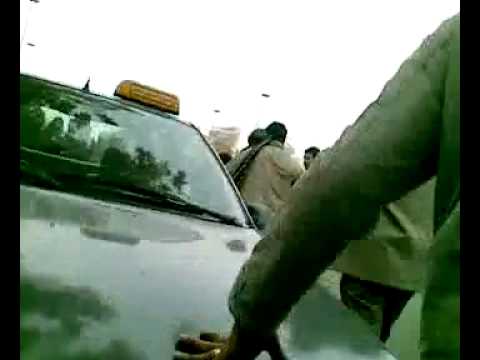 The LAT reports further on Wednesday’s demonstrations in Isfahan and Najafabad, pointing out that these central regions are strongholds for the regime in general, making the challenge mounted there seem especially threatening. There were also further demonstrations at Tehran University and the eastern city of Mashad. There was also a local protest against an execution in the southern city of Sirjan.

The Iranian authorities are threatening an even more Draconian response if the protests continue, according to WaPo. The problem for the regime is that it not only has to repress dissidents but win the hearts and minds of the public, and increased brutality against dissidents, who are after all themselves ordinary Iranians, could backfire.

Provincial governors were forbidden to issue any further permits for memorial meetings on the death of dissident cleric Grand Ayatollah Hosain Ali Montazeri. Dissidents opposed to the current regime have used his death as an occasion for protest, especially in the holy city of Qom on Monday.

In Isfahan, the government declared a state of emergency on late Wednesday, according to CSM, and was calling on the federal military for help.

Here is unauthenticated video of basij paramilitary breaking up mourning for Montazeri in Isfahan:

The USG Open Source Center translated remarks of the representative in the Revolutionary Guards of Supreme Leader Ali Khamenei, made Dec. 17 and republished in the hard line Resalalat Online for Dec. 23,2009. Mojtaba Zo’l-Nur is alleged to have said,

“Authorities should introduce traitors to the people as soon as possible.” He pointed to the supreme leader’s description of the recent sedition as ‘a deep sedition . . . ‘ ‘Hojat ol-eslam Mojtaba Zolnur said: One of the reasons for such a description is the scale of that sedition. He added: There were many seditions after the Islamic revolution, such as that of anti-revolutionary groups, Banisadr’s, Montazeri’s, imposed war, etc., but none of them spread the seeds of doubt and hesitation among various social layers as much as the recent one.” . . . The supreme leader’s representative in IRGC also maintained that it is difficult to discern right from wrong during a sedition because under such conditions they get mixed and one needs insight to distinguish them. Zolnur then continued: In addition to insight, it is important to remain on the stage and added: With the presence of revolutionary forces on the stage, followers of the wrong will prefer to escape than to remain in sight.’

I think by ‘remaining on stage’ he means ‘beating people over the head.’ And that it is ‘difficult to discern right and wrong during a sedition’ signals how bewildered the old guard is by the breakdown of consensus over the regime even within the ranks of its foremost proponents.

Mehr News Agency on Dec. 23 quoted former Iranian president Akbar Hashemi Rafsanjani as saying that ‘a majority’ on college campuses had joined the opposition. He reiterated his opposition to hard line crack downs on dissidents, saying all legal speech should be allowed. He called for jailed protesters to be released. But he also expressed discomfort at the spiral of protest and repression in which the country is caught up.