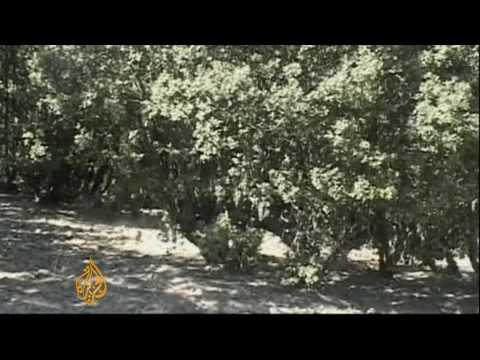 Afghan President Hamid Karzai urged the United States to back talks between his government and Mullah Omar, the leader of the Taliban.

“On the one hand, the foreigners claim about efforts for ensuring peace in Afghanistan, but they deploy more troops to the country on the other. These two issues are contradictory and will not have any other results but extension of war and fighting. . .

The AIP asked Motawakkil that the US and other foreigners have problems with Al-Qa’idah, therefore, is it possible for the Taleban to separate themselves from Al-Qa’idah?

He answered: The relation between the Taleban and Al-Qa’idah was similar to the relation between a host and a guest in the past. Now they are like two war partners. When an easy way to solving the problem is found, no one will go after the difficult solution; therefore, peace will be ensured. This will also end their war partnership. There will be no need for the Taleban to stand in the same row with the Al-Qa’idah.

Motawakkil explicitly said: No foreigner has the right to take part in determining the Afghans’ destiny, because it is only the Afghans’ right to decide about Afghanistan’s system and future.

Motawakkil further said: At the moment, distrust is a big problem between the current government and the Taleban and as long as the two sides do not trust each other, there will be no development in peace talks.

Aljazeera English reports on the rivalry in Afghanistan between India and Pakistan, which helps destabilize the latter: