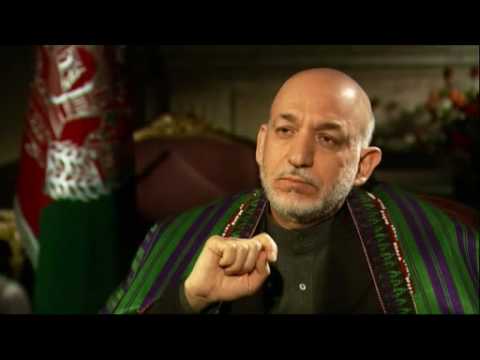 Six NATO troops were killed in hostile action in Afghanistan on Monday, three of them Americans. The US troops appear to have been killed in close combat, whereas most of the other deaths were from roadside bombs.

The notorious Bagram prison in Afghanistan will shortly be turned over to the Afghanistan army by the US. The Afghan government had resented the US-run prison as an affront to Afghan sovereignty. General Mohammad Zahir Azimi said that the Afghanistan judiciary would try the inmates.

Poor Dick Cheney. The rule of law keeps rearing its ugly head everywhere he had tried to banish it.

A poll of 1500 Afghans carried out in every province of the country in December, 2009, found that Afghans are more optimistic about the direction of their country than last year, and largely satisfied with the Karzai government and with the presence of foreign troops.

This poll seems to me likely to represent the views of the 58 percent of the population who are not Pashtuns, and maybe half of the Pashtuns. You can’t really do scientific polling in a war zone, and these results would not hold for Helmad, Qandahar, and Nangarhar, I’m betting. Some 20 percent of Afghanistan is under the rule of insurgent groups, including the Taliban, and the poll was certainly not carried out in those districts. That it sampled ‘every province’ does not mean it is actually representative. I remember similar polls in Iraq in 2004, which had similar rssults, but the place fell into a horrible set of civil wars anyway.

The summer 2009 poll I discussed last week showed substantial provincial variations; this one is not reporting at that level of detail, and over-generalizing from it is therefore inadvisable. It does say that people in Qunduz north of Kabul, a German-garrisoned area, don’t feel very safe, presumably because of the German-ordered air strike on gas tankers that killed dozens of villagers.

Afghanistan is the fourth or fifth poorest country in the world, and both the US and NATO have announced a big investment in their security and economic development. Wouldn’t that be good news for most Afghans? For Tajiks (Persian-speaking Sunnis), Hazaras (Persian-speaking Shiites), and Uzbeks (Turkic-speaking Sunnis), the Western presence has been a relatively good thing and rid them of the hated Taliban.

But significant populations in Helmand and Qandahar don’t feel this way, and nor do some other Pashtun provinces of Afghanistan and some regions of neighboring Pakistan. There are virtually no troops in the Afghan National Army from these two provinces, and Pashtuns are under-represented in the army, being about a third (they are about 42 percent of the population). Tajiks, who are 22 percent of the population, supply some 40 percent of the army troops. These southwestern Pashtuns are voting with their feet. The US and NATO are not at war with all Afghans. They are at war with a minority of the Pashtun ethnic group. Whatever people tell pollsters, Pashtun tribes are paying bribes to Taliban and kindred groups to leave them alone, and are betraying US and NATO movements for money.

Moreover, this poll is not all good news for NATO and the US, even if we took it without a large grain of salt. Nearly half wanted foreign troops out within 18 months or sooner, while 29% said it depended on the situation. That isn’t much of a vote of confidence. (Corrected.)

A poll is a snapshot. The question in a guerrilla war is whether more Pashtuns over time are going over to the Taliban and their allies. It is indisputable that they are, and it is possible that flooding the Pashtun regions with US troops will backfire, driving more locals into the arms of the insurgents out of a sense of religious nationalism. The question is not attitudes in the safe parts of the country. The question is, when a Pashtun clan leader or political organizer decides to get off the fence, does he jump over to the side of the Taliban or over to the US/ Karzai side. That we cannot tell, and certainly not from this small poll.

Khalid Husseini argues that poverty is the biggest killer in Afghanistan. The most effective surge would be in development.

Since the US press almost never interviews foreign heads of state at any length, it is nice that Aljazeera English shecked in on the latest thinking of President Hamid Karzai. He admits that he is less of an optimist now and that his biggest failure was to provide security to the people (he is thought to control only 30 percent of the country). He still has no government, since his second round of cabinet picks are meeting further resistance in parliament.