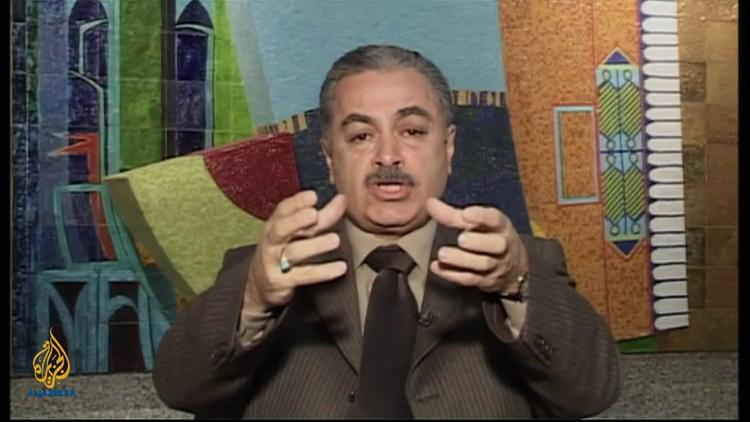 Vice President Joe Biden arrived in Baghdad on Friday in a bid to settle conflicts over the March 7 parliamentary elections.

The exclusion of hundreds of candidates from the upcoming Iraqi parliamentary elections by the Accountability and Justice Committee, and signed off on by the High Electoral Commission, continues to generate lively controversy in Iraq. On Friday, the HEC head, Faraj al-Haidari, told AP that he expected yet more candidates to be excluded. Most of the ex-Baathists being forbidden from running are Sunni Arabs, many running on secular parties, so that the move benefits the Shiite religious parties. Some suspect that the latter are being pressured by Iran or are trying to please it by excluding Arab nationalists (many of whom supported Iraq’s invasion of Iran in the 1980s). Reidar Vissar breaks down the some 500 candidates excluded by party and finds that the list targets the secular parties.

For the Obama administration, the stakes are high. If current Sunni-Shiite tensions over the elections boil over, the ensuing instability could endanger the withdrawal timetable to which Obama is committed. The 110,000 US troops now in Iraq will help lock the country down for the March 7 elections, and after that more than half will be withdrawn through the spring and summer.

Al-Zaman reports in Arabic that Biden met with the presidential council (President Jalal Talabani, a Kurd; Vice President Tariq al-Hashimi (a Sunni Arab); and Vice President Adil Abdul Mahdi (a Shiite). Abdul Mahdi is recently returned from Iran, and is said to have briefed Biden on Tehran’s view of the Iraq crisis. Biden then met separately with Prime Minister Nuri al-Maliki. Al-Zaman says that Biden agrees with Talabani that the Accountability and Justice Committee has no legal standing, and urged Iraqi leaders nt to allow it to damage the credibility of the March parliamentary elections.

Al-Hayat writing in Arabic points out that there is a conflict between President Jalal Talabani and Prime Minister Nuri al-Maliki over the issue. Talabani questioned the legitimacy of the Accountability and Justice Committee, saying no such body had been authorized by the parliament. He also said that while those who followed or were close to Saddam Hussein could be legitimately excluded from politics, mere former members of the Baath Party should not (the party ruled Iraq for 35 years and lots of people felt they had to join for various reasons, even just to get a passport.) Al-Maliki has supported the exclusions, though he went further in a speech on Friday and said that the electoral commission alone could not hope to wipe out the Baath legacy, but rather it was the task of the Iraqi electorate.

Biden’s mission was rejected as outside interference by several Iraqi politicians, including Abdul Karim Anazi, a leader of the (Shiite fundamentalist) Islamic Dawa- Internal Organization, and al-Maliki spokesman Ali Dabbagh.

One possible solution suggested by some is to have Salih Mutlak, the most prominent of the politicians excluded from runnin in March, sign a formal disavowel of the Baath Party. Mutlak’s National Dialogue Bloc has 11 seats in the current parliament and is part of the joint Sunni-Shiite, secular-leaning National Coalition. On Friday, Mutlak said he would sign no disavowal, since it was effectively a ‘test of honorability’ to which he could not subject himself. He has appealed the ruling of the High Electoral Commission to the courts, and says he expects to be reinstated as a candidate.

Aljazeera English reports on the electoral controversy in Iraq over the exclusion of ‘Baathist’ candidates and parties.

The Baath or ‘resurrection’ party was formed in the 1940s and combined pan-Arab nationalism with socialist economic principles. After a short-lived coup in 1963, it came to power in Iraq in 1968 and ruled until overthrown by George W. Bush in 2003. A one-party state, it created a large public sector and repressed dissent. In the period 1988-1992 it committed massacres of Kurds and Shiites over their perceived inclination toward Iran, with which Iraq fought a vicious war 1980-1988. From 1979, the head of the party was Saddam Hussein, a particularly brutal dictator who promoted a disproportionate number of Sunni Arabs into leadership roles.

The Baath era still haunts Iraqi politics. On Friday, Shiite leader Muqtada al-Sadr denounced his Shiite rival, cleric Ammar al-Hakim, for cooperating with the American occupation and being soft on the Baathists. Al-Hakim leads the Shiite fundamentalist Islamic Supreme Council of Iraq, which has indeed cooperated with the US. But ISCI is as anti-Baath as the other Shiite religious parties. Sadr is likely trying to hurt ISCI’s electoral chances.