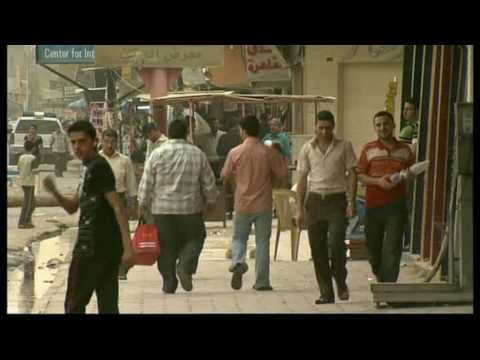 President Barack Hussein Obama was inaugurated a year ago, and this is a good time to review his major foreign policy success.

It is, of course, important that he has repaired the reputation of the US in much of the world and replenished the stock of ‘soft power’ that has been so important a part of US success and leadership. His approval ratings in Western Europe and even in Saudi Arabia were in the 80s and 90s this summer. Veteran journalist Tom Fenton confirms that he remains enormously popular in Europe, and that the public there understands that he could not turn US policy around on a dime.

But Obama’s biggest practical foreign policy success has been in keeping to his withdrawal timetable in Iraq. Most observers have paid too little attention to this, among his most important decisions. When he became president, his top generals, including Gen. David Petraeus and Gen. Ray Odierno, reportedly came to him and attempted to convince him to modify the withdrawal timeline adopted by the Iraqi parliament as part of the Status of Forces Agreement negotiated shortly before he took office. They did not want US troops to cease patrolling independently in mid-June 2009. They did not want to get all combat troops out by summer 2010. They wanted to finesse the agreement. Reclassify combat troops under some other heading, they said.

Overturning the SOFA or dragging Washington’s feet about it would have produced rage in Baghdad. It had the potential for undermining the government of PM Nouri al-Maliki, and for reinvigorating both Sunni Arab extremists and Shiite radical movements such as the Mahdi Army. It would have made other Arab regimes suspicious of US motives. It would have been a mistake as epochal as the Bush administration’s decision to build up a heavy US military footprint in Afghanistan, which restarted the war there and provoked a major insurgency that continues to this day. In Iraq, a country crawling with armed, nationalistically minded groups and dotted with arms depots, such a move would have been a catastrophe. Obama did the right thing. He overruled his generals and began returning to Iraq its sovereignty.

This issue is important regionally because polling shows that Arab publics say that ending the US military presence in Iraq is the single most important thing the US could do to improve its relations with that region. What they saw as US atrocities in Iraq motivated many of the terrorists active after 2003. Ending the US military role there will bring a sea change. (Only 4% of Arabs say that they are exercised by the issue of Afghanistan, so that is not the same thing in their eyes).

The Iraqi military and police, over which Prime Minister Nouri al-Maliki had largely gained control, proved able to keep order about as well as had their American and British colleagues. In July, 2009, with the US no longer patrolling, attacks and deaths declined by a third, and went on down from there. Despite two dramatic bombing waves in the capital, in August and November, the situation has in most places calmed down on an everyday basis. Flashpoints such as Mosul and Kirkuk remain, but had been violent when the US military was there, too.

Most Americans do not realize that US troops seldom patrol or engage in combat in Iraq anymore, accounting for why none were killed in hostile action in December. The total number of US troops in Iraq has fallen from a maximum of 160,000 during the Bush administration’s ‘surge’ to about 110,000. After the early March parliamentary elections, another big withdrawal will begin, bringing then number down to 50,000 or so non-combat troops by September 1.

Critics of Obama often charge him with failing to end the Iraq War. But there is no longer an Iraq War. There are US bases in a country where indigenous forces are still fighting a set of low-intensity struggles, with little US involvement. Obama is having his troops leave exactly as quickly as the Iraqi parliament asked him to. Most US troops in Iraq seem mainly to be in the moving business now, shipping out 1.5 million pieces of equipment.

The last 4,000 Marines will hand over responsibility for al-Anbar Province, once among the more violent places on earth, to the US Army on Saturday, and shortly thereafter the Marines will depart the country.

US narratives of how Baghdad and environs relatively speaking calmed down leave out the victory of the Shiites in the civil war fought 2006-2007, and the ethnic cleansing of most Sunni Arabs from Baghdad. Despite the continued possibility of terrorism, the demoralized and defeated Sunnis seem unlikely to be able or willing to organize for a repeat of the civil war any time soon. (Sunni Arabs are probably less than 20% of the population, whereas Shiites are about 60%, something the Sunnis long denied, a denial that made them overconfident they could defeat the majority). In the meantime, Iraqi military capacity seems just barely adequate to security tasks outside a few hotspots such as Mosul.

Contrary to the consensus at Washington think tanks, Obama is ahead of schedule in his Iraq withdrawal, to which he is committed, and which will probably unfold pretty much as he has outlined in his speeches. The attention of the US public has turned away from Iraq so decisively that Obama’s achievement in facing down the Pentagon on this issue and supporting Iraq’s desire for practical steps toward sovereignty has largely been missed in this country.

Not only will the US drawdown in Iraq greatly improve the image of the US in the Arab world and allow for more cooperation with Arab countries, but it will probably help US-Turkish relations, as well. Turks often blame the US for backing Iraqi Kurds and allowing a resurgence in Kurdish terrorism via the Kurdish Workers Party (PKK), to some 5,000 of whose fighters Iraqi Kurdistan has given safe harbor. The US will soon be out of that picture, and Turks and Kurds will have to pursue their relations on a bilateral basis.

Obama was handed a series of catastrophes. He has done better in handling some than others. But his decision on Iraq was the right one, the one that allows the US to depart with dignity, and allows Iraqis to work out their own internal problems. It is in this sense that Obama won the Iraq War.