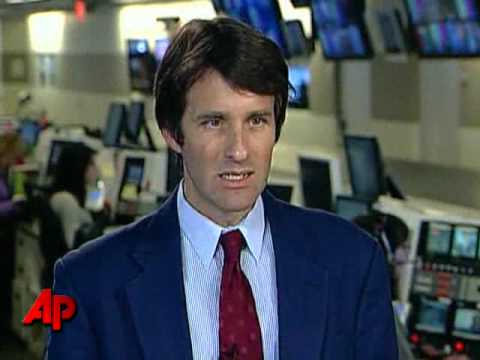 President Obama spoke firmly and with some smoldering anger on Tuesday about the failure of US intelligence to ‘connect the dots’ of information it had in hand about how dangerous Umar Farouk Abdulmutallab, the attempted airline bomber, had become.

I think two things could help fix the intelligence failure. One is just better software. If you had fields for Nigeria and Yemen it should be easy enough to have a program flag two such entries as possibly related. The other is better community sensitivity training for field officers. For Umar Mutallab to turn his son into the CIA was a big thing; families protect their own in that part of the world. If the field agent knew Hausa and more African culture he would have realized the seriousness of the situation.

The truly W.-level stupid thing Obama is doing is singling out passengers from specific countries.

The only good thing about this asinine new Obama administration order that persons from or traveling through 14 countries would be subject to extra pat-downs and inspections of carry-on luggage is that in all likelihood it mostly will not be implemented. The list includes: Cuba, Iran, Sudan, Syria, Afghanistan, Algeria, Iraq, Lebanon, Libya, Nigeria, Pakistan, Saudi Arabia, Somalia, and Yemen.

You can’t catch terrorists by casting a broad net. You catch terrorists with good police work. You look at networks, suspicious behavior, clues. Ignoring the desperate plea of a father who goes to the CIA with information about his son being radicalized in Yemen, but then patting down 170 million Nigerians ever after, is brain dead.

The principle of putting out such a list is stupid enough. Doesn’t it signal to al-Qaeda that the next bomber should be from Chad or Bangladesh? But it isn’t even a good list. One justification for it according to the TSA is that these countries are state sponsors of terrorism or have an active al-Qaeda movement. But there have been no plots against US airliners by Syrian Baathists (secular Arab nationalists, the ruling party), nor will there be. States don’t commit that kind of terror, since it can be traced back to them– it has a ‘return address’. Mostly this is just a list of countries that won’t toe the US line on Middle East policy. But then a US ally like Saudi Arabi is added in, along with Lebanon, which has a Christian president and waged a concerted campaign against a small ‘al-Qaeda’ cell at the Nahr al-Bared Palestinian camp (probably not actually related to Usamah Bin Laden), and wiped it out. And Nigeria? It wouldn’t have been on the list a month ago. Few countries of northwest Africa don’t have some Muslims, if that is the point of the list, and all communities have some hotheads.

I ask myself why? I don’t like the list and would not want it expanded. But note that Egypt isn’t on it (they have heard of Ayman al-Zawahiri and Muhammad Amir al-Atta, haven’t they?) I suspect that is because a) Egypt wouldn’t put up with it and gives the US lots of military and intelligence aid and b) the tourist traffic to Egypt is so enormous that searching everybody coming back from Luxor would paralyze air transport.

Moreover, if you want a list of terrorist groups that have actually harmed US targets, check this one out and pay attention to whether they’ve attacked the US. I’d say Chile and Greece would be on the list.

The new administration list is arbitrary. It is racist, since it ignores countries with anti-US terrorist groups that are European or European-heritage. We had racist immigration laws from 1924 to 1965, when Martin Luther King’s movement shamed us into abolishing them. Obama of all people should not be moving back in that direction.

It would tire and tax airport inspectors if implemented, making them less alert.

The administration also seems not to have noticed that the US does not inspect passengers boarding in Europe to come to the US, and it is not clear that the Europeans will be willing to implement these procedures.

Finally, there are lots of reasons for which you don’t want to make it unpleasant for these people to visit the United States, or for Americans to travel back and forth to them. Several are major oil countries, and we want them investing in, and doing business with the United States. You might have noticed that our economy isn’t doing well and we have high unemployment, and attracting foreign investment should be a high priority. One theory for why Egypt suddenly had respectable growth rates in the past decade is that Gulf investors found it so unpleasant to come to the US that they invested in Egypt instead.

Moreover, there are substantial groups of influential alumni of US universities in these countries, some serving in governments. The US benefits from this form of soft power. We don’t want to discourage these nationals from studying here, since we lose future influence. In fact, if Umar Farouq Abdulmuttalab had studied in the US, he might not have been radicalized.

Aljazeera English has a good discussion of all this, including Asad AbuKhalil, which informed my comments above.

P.S. Sometimes these things are best punctured with humor. See Stephen Colbert’s parody of those who demand profiling (h/t HuffPo: