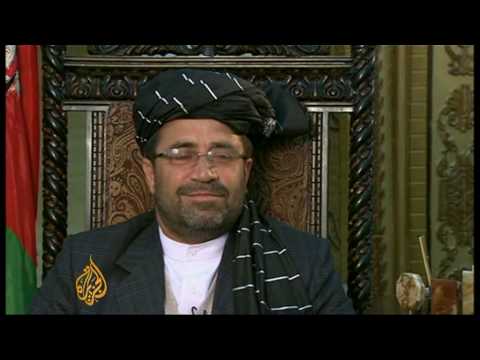 A US drone strike on N. Waziristan has allegedly killed Muhammad Haqqani, a son of guerrilla leader Jalaluddin Haqqani. The Haqqani network is considered particularly skilled insurgents, and is the faction closes to both the Pakistani Inter-Services Intelligence and to al-Qaeda. Jalaluddin’s health is said to be poor and he may have already turned most decisions over to his other son, Siraj. The Telegraph hinted that the Pakistani Inter-Services Intelligence has ceased supporting the Haqqanis behind the scenes, and may even have helped the Americans target their drone strike.

According to Dawn, the governor of the Afghan province of Qunduz is reporting that Pakistan has “arrested Mullah Abdul Salam and Mullah Mir Mohammad, respectively the shadow governors of the northern Afghan provinces of Kunduz and Baghlan” in Pakistani Baluchistan (presumably in Quetta). Islamabad has yet to confirm the report.

The NYT revealed that Pakistan had captured the Old Taliban’s no. 2 man, Mulla Abdul Ghani Baradar, and it is not impossible that these two were picked up with intelligence gained from him. Pakistan and the US have still not decided whether to treat Mullah Baradar as an enemy combatant or to attempt to persuade him to back a reconciliation of the Taliban with the Karzai government in Islamabad. Gareth Porter believes that the reconciliation idea was put forward by Pakistan as a means of asserting Islambad’s indispensability to any settlement between Hamid Karzai and Mullah Omar.

These actions are degrading the leadership abilities of the Taliban and the Haqqani network, and creating a sense of momentum against the Taliban.

As US special envoy to Pakistan, Richard Holbrooke, arrived in Islambad Thursday for consultations with the government, a bomb was set off at a cattle market in the Khyber Agency. It killed 20 and wounded 80. One of those killed was militant leader Azam Khan, of the Lashkar-i Islam or army of Islam. The bombing may have been the work of Ansar-i Islam, a rival political grouping which has feuded for some time with the Lashkar.

Aljazeera English interviews the former governor of Helmand, now a cabinet member, about the progress of the Marjah campaign:

Aljazeera English probes the possibility of reconciliation between the Taliban and the Kabul government is very difficult.

Meanwhile, on the Afghan side of the border, guerrilla foes of the Karzai government and the foreign troop presence in Marjah killed 4 NATO troops with roadside bombs and sniping.

Richard Holbrooke claimed that some Taliban in the Marjah area are considering defecting to the side of President Hamid Karzai. (This assertion is not far-fetched. Some clan chieftains adopt a Taliban allegiance rather as a franchise, and they drop it just as easily.)

Brave New Films reports on the condition of Afghan women:

Nick Turse on US bases in Afghanistan at Tomdispatch.