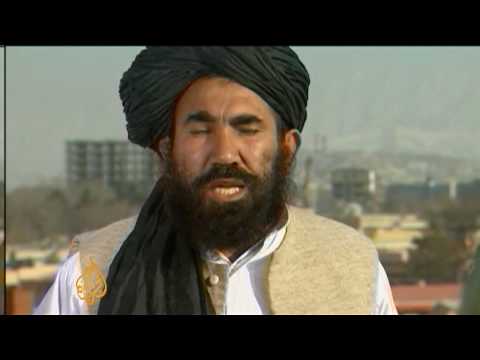 As the Marjah campaign continued in Afghanistan, the LAT reports that Mullah Abdul Ghani Baradar was captured in Karachi, Pakistan, in large part because of US electronic surveillance. It sounds as though the National Security Agency accidentally picked up a telephone call between him and someone else, and was able to triangulate his position. The Pakistani military and government is pointing to their cooperation in bringing Mulla Baradar in as proof that they are perfectly willing to arrest Taliban leaders where they can gain good intelligence on their whereabouts. Secretary of State Hillary Clinton publicly accused the Pakistani government of knowing where Mullah Omar is but refusing to arrest him.

Aljazeera English reports on the arrest of the Taliban military leader:

Meanwhile, the US/ British/ NATO/ Afghan campaign in Helmand province to capture Nad Ali and Marjah away from the Taliban continues to grind away. Interestingly, the campaign was not always the lead, front-page story in the Afghan Dari Persian press, though papers that did lead with it supported wholeheartedly the destruction of the Taliban. (The Dari Persian press is read by both non-Pashtuns and Pashtuns, but most newspapers in that language have a significant Tajik or Hazarah readership, and those groups were treated brutally by the largely Pashtun Taliban). Some were enthusiastic about the idea, broached by the Sunday Times of London that the Marjah campaign would mark the end of warfare in Afghanistan.

As of Tuesday, the US Marines in Marjah had still not managed to take control of the city’s two major markets, and continued to encounter sniper fire from residences and roadside bombs. AP reports that the Marines say they are meeting less organized resistance over time, and experiencing more small, hit and run attacks. Local residents are asking the US troops to stay away from them and not take pictures with them, since they believe the Taliban will come back, and will conduct reprisals against what they view as collaborators.

Three more civialns were killed in Marjah early this week, and on Tuesday a NATO airstrike on a position near Qandahar accidentally killed 5 civilians.

CBS has a video report on the fighting in Marjah on Tuesday, which was tapering away, despite a continued threat of roadside bombs:
Watch CBS News Videos Online

British commanders say that their forces have taken 3/4s of neighboring Nad Ali and that their initial insertion of troops by means of 60 helicopters was carried off with no casualties. The British believe that the Taliban leadership has fled from Nad Ali.

Although the Nad Ali and Marjah campaigns involve 15,000 US, British, other NATO troops and their Afghan counterparts, it is not clear that there has been major conventional fighting. It is still being said that only 27 Taliban have been killed in the invasion. Four allied troops have been killed and 35 wounded, though I have not been able to find a breakdown that says whether any of these have been Afghan troops. The exact number of Afghan troops and their specific role is not being reported, but they don’t show up in the Western press in the front lines, and it is strange how little the Dari Persian press is interested in reporting on them.

Based on the casualty rate reported, this campaign couldn’t be called major battle. It is obviously dangerous to walk into sniper fire and roadside bombs, and US Marines and NATO/ ANA forces are facing mortal risks; they brought a lot of firepower, so so are the Taliban. But the numbers suggest that almost no Taliban have stood and fought, and that rather they are deploying pure guerrilla tactics. The major significance of the campaign may be to deprive the Taliban of $200,000 a month in drug revenues that they used to take in from Helmand poppies and labs in Marjah.

The NATO/ US plan is to bring in Afghan police to establish order and security as the foreign troops gradually leave Marjah and Nad Ali. Over-all, the Obama plan for Afghanistan depends crucially on training and deploying many more Afghan troops and police, but reporters who look into that training keep raising questions about whether this goal is achievable in the medium term. Along these lines, Der Spiegel manages what it says is a rare feat in German journalism– it interviews active-duty police officers on their experiences as trainers in Afghanistan. What they describe is that most recruits to the Afghanistan police are poorly motivated (they mainly sign up for a paycheck) and are illiterate. It is therefore impossible to teach them to check passports. The US company being paid to oversee the production of police is paid by the body, so almost no one is washed out of the training program. The short two-week training course mainly teaches use of the baton and other aggressive techniques. The policemen thus produced are mere cannon fodder for the US. Once graduated about 1/4 of the police are killed in their first year. Of those that live, it is not always clear where their loyalties lie. Many immediately begin raking in bribes. When they do frisk men at checkpoints, they often don’t bother with the legs. The German police being sent in for training in Qunduz are often poorly prepared for being in a war zone and complain of shortage of satellite telephones and of properly armored vehicles. Some appear to turn to drink in ways that may affect their performance. The Merkel government plans to increase the number of German police trainers in Afghanistan to 200.