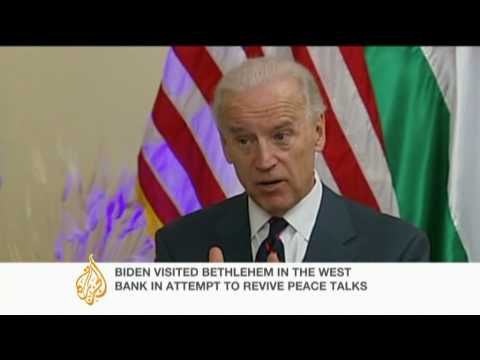 Obama’s Mideast policy lies in tatters this morning and US credibility as a broker of any future settlement was deeply wounded.

Amr Moussa, the secretary-general of the Arab League, announced Wednesday that he had been informed by Palestine Authority president Mahmoud Abbas that the latter has pulled out of indirect talks with Israel. Late Wednesday, the Arab League itself reversed its earlier cautious endorsement of the proximity talks, recommending that that support be dropped.

Israeli colonization of Palestinian territory lies at the heart of the Mideast conflict. It isn’t a complicated issue in the law, since Israel’s actions are clearly illegal and unethical to boot. But might makes right and Israel is the most powerful country in the Middle East, so all the protests on legal and humanitarian grounds have amounted to nothing.

The talks were likely deliberately sabotaged by Israeli prime minister Binyamin Netanyahu, who had his Interior Minister announce the construction of 1600 new households in Occupied East Jerusalem the day before they were scheduled to begin. In fact, Israel is actively planning 50,000 further housing units on occupied Palestinian territory. US Vice President Joe Biden had come to kick off the process with visits to Netanyahu and Abbas, but he has now been sent home empty-handed by Netanyahu’s sheer effrontery.

Netanyahu’s far rightwing coalition includes many members of the Knesset or Israeli parliament who are bound and determined to colonize every last inch of the Palestinian West Bank and to reduce the Palestinians to landless beggars. Were the prime minister to make too many concessions to the Obama administration, some of them might well pull out of his government, and it could easily fall. Netanyahu is convinced that the Clinton administration undermined him the last time he was prime minister, and he is determined not to allow that to happen again. So acted as though he was complying with US demands for a settlement freeze, but exempted part of Palestinian territory from the freeze. Then shortly before proximity talks were to begin he had his Interior Ministry announce further colonization, knowing that it would complicate or (better) nix the talks. Netanyahu knew that if he was pressed on the announcement, he could get himself off the hook by apologizing for his flat-footed minister’s poor timing. Biden did not buy this lame shadow play and neither will anyone else with any common sense.

Since 1949, the US has given Israel over $100 billion in direct aid, and the indirect forms of aid are orders of magnitude greater. That the vice president of the United States (and therefore the president himself) were ambushed by the prime minister in this arrogant and nearly sadistic manner raises the severest questions about why US taxpayer money should flow in such enormous amounts to a country that is actively and on a massive scale violating the Hague Agreement of 1907 and the Fourth Geneva Convention of 1949 on the treatment of populations by occupiers. And this at a time when the US budget deficit is ballooning and there is not enough government money to take care of the needs of US citizens. The argument that Israel is a security asset for the United States is undermined if the Israelis are provoking enmity toward the United States among 1.5 billion Muslims by their inexorable annexation of Palestinian land and daily oppression of the Palestinian people.

Biden took small bits of revenge on Netanyahu, such as going on Aljazeera English from the Occupied West Bank and denouncing the Netanyahu government’s plans to expand its colonies on Palestinian territory as “destabilizing.”

Obama is in real danger of seeing his allies lose respect for the United States once they see that Israel can treat him in this humiliating way with impunity. The security implications for the US are enormous. Many European allies feel strongly that Israel is an aggressor state in the region, and when Obama asks them for help in the fight against al-Qaeda, they may feel that Washington’s coddling of Israeli colonialism produced much of the radicalism that they are now asked to spend blood and treasure combating. Moreover, many leaders may be emboldened to treat Obama and Biden just as Netanyahu did, if the latter faces no consequences for his impudence.