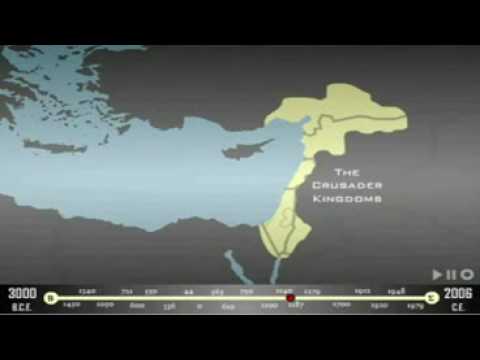 A propos this morning’s posting, a good visual representation of all the empires coming and going in the Mideast:

[This map follows the biblical narrative, showing a united kingdom of Israel in the tenth century BC, which, as I said Tuesday morning, has been shown to be mythical by archeology; it is very odd that standard Western references haven’t caught up with science here and shows that even in supposedly secular societies narratives considered scripture still have enormous sway.