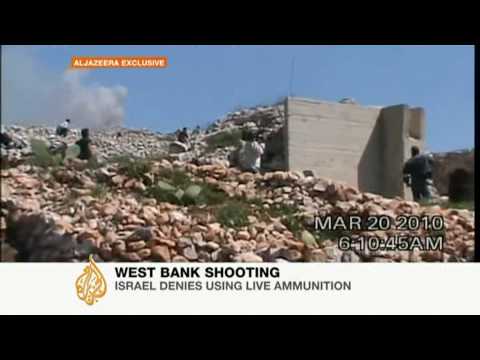 Israeli Prime Minister Binyamin Netanyahu sets the tone for Israeli policy– one that is earning him few friends in the West. Three embarrassments broke for him on Tuesday. First, yet another housing expansion in East Jerusalem was announced while he was meeting President Obama. Then, the cover story of Israeli troops accused of firing live ammunition at Palestinian protesters began to unravel. Then British Foreign Minister David Miliband unceremoniously tossed the Mossad London station chief out of the country for counterfeiting British passports, to be used in an Israeli assassination of a Palestinian in Dubai recently. Netanyahu personally ordered that hit, and is responsible for the forging of real peoples’ passports and their use to commit a murder. Netanyahu is the one behind these acts of arrogance, and they are emblematic of his mean brand of politics.

The far rightwing government of Binyamin Netanyahu humiliates American officials every time it meets with them. Netanyahu met Obama in Washington on Tuesday, and like clockwork Israel embarrassed Obama by announcing that same day it was going ahead with a building project (funded by an American millionaire) in East Jerusalem that the Obama administration had strictly told the Israelis to halt. What I don’t understand is why the Palestinians cannot sue over this issue in American courts. If the administration’s stance is that East Jerusalem does not belong to Israel, and the US is signatory to the Fourth Geneva Convention, then why couldn’t Palestinians with standing sue in the US when their property is usurped by an American millionaire?

Israel will investigate the shooting deaths of two Palestinian youth who were protesting (not rioting as AP puts it) against Israeli theft of water from the village well. Israeli troops claimed they were using rubber bullets, but Palestinians charge it was actually live ammunition.

Aljazeera English has the scoop, with live video of Israeli troops firing on the Palestinian youths, with what certainly sounds like live ammunition.

British Foreign Minister David Miliband said he had compelling evidence that Israel was responsible for forging British passports with respect to the recent assassination of an alleged Hamas figure in Dubai. Miliband expelled from London a senior Israeli ‘diplomat’ who was likely actually a Mossad or Israeli intelligence operative. In Israel, some parliamentarians responded by calling Miliband an ‘anti-Semitic dog.’ The Israeli use of passports of actual persons in the assassination put at risk not only those individuals but all persons from those countries in the Middle East. Miliband complained that the forgeries represented a profound disregard for the sovereignty of Britain. He might now commiserate a little with the Palestinians, whose sovereignty was robbed by the British with their Balfour Declaration and by the Israelis, to the point where they have been demoted from a Class A League of Nations Mandate declared almost ready for nationhood to stateless refugees.

ITN has video of Miliband’s decision:

Tony Karon argues that Israel will not end its expansion of settlements in the West Bank until it has to pay a cost for maintaining the status quo.

Israel is in danger of using up its previous stock of good will in the West by these acts of hubris, initiated by the petulant policies of Netanyahu.
End/ (Not Continued)