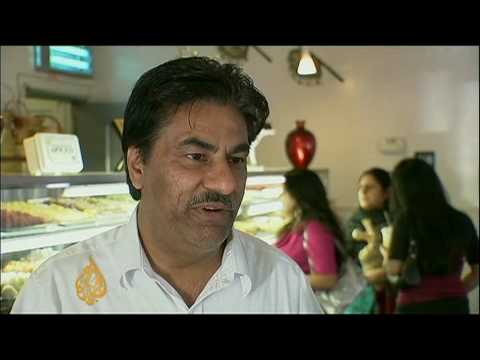 I received some snarky message after the Shahzad attempted bombing in Times Square, asking if I were still standing behind the idea of Islam as a religion of peace. It was a stupid comment. Classical Islamic law forbids murder and forbids terrorism, and it forbids aggression. Whether that makes it a religion of peace is a matter for debate; it isn’t my diction. Medieval Islam, like medieval and even modern Christianity (cf. the Portuguese and Spanish Empires’ ‘God, glory and gold’), was used as an imperial ideology, sometimes for conquest states– but that use of it was contrary to the verses of the Qur’an instructing believers not to commit aggression and to agree to peace treaties with others who seek them.

But in any case, no contemporary Muslim-majority country I can think of would launch a war of naked aggression purely on an Islamic basis. In fact, few wars of naked aggression have been initiated by Muslim-majority countries in the past few decades. Saddam Hussein’s invasion of Iran in 1980 was an act of aggression on a self-proclaimed Islamic state by a secular Arab nationalist one, and premised on Arab nationalism, not Islam. Violence in the Levant is usually at least framed as a response to Israeli aggression. The issue of Morocco in the Western Sahara is national and territorial, and both parties are Muslim.

That is, few self-consciously “Islamic” polities have behaved as illegally and wrongly as did George W. Bush when he invaded Iraq on false pretenses and in the absence of an attack by Iraq on the US.

The people who say that “Islam” authorizes aggressive violence are a fringe of cultists and typically non-state actors. Those kind of people, you have in any society. The Hutaree in Michigan are a Christian sect that allegedly makes similar assertions. And you have the Christian fundamentalist Lord’s Resistance Army in Uganda.

So the snarky question was a stupid and uninformed question. But it looks even stupider in the light of the revelation that it was a Senegalese Muslim, Alioune Niass, who discovered the smoking SUV in Times Square and urged a friend to call 911. That is, New Yorkers were saved from that bombing by a Muslim. See this MPAC article. (MPAC is a really great group and non-Muslims worried about bigotry against Muslims really should join it (membership link here).

Niass was interviewed by Amy Goodman on Democracy Now!, which noted that he got no recognition for his heroism.

And, the snarky question would look even more stupid in light of the announcement by Gen. David Petraeus, the CENTCOM commander in charge of the Greater Middle East and of the struggle against the Pakistani Taliban that Shahzad acted as a lone wolf, not as part of an organized plot. Shahzad is a Pashtun from an elite family (his father had been the equivalent of a two-star general in the Pakistani air force). He had not been a student activist of the Jamaat-i Islami, the fundamentalist party in Pakistan. If he did plot the bombing, he is as likely to have been motivated by Pashtun nationalism as Islam. Pashtuns are an ethnic group in northwest Pakistan, and often feel disadvantaged by the policies of the Punjabi-dominated central government in Islamabad. Even nationalist Pashtuns like the Awami National Party, which now rules the North-West Frontier Province (Khyber-Pakhtunkhwa) initially objected to Pakistani military attacks on Pashtun Pakistani Taliban because of ethnic solidarity, not religious.

And, everybody in Pakistan is upset by the continued US Predator drone strikes on Pakistani soil by covert operatives and sometimes by Blackwater-Xe contractors. (President Obama unwisely joked about the Predators last Saturday; it is not a joking matter in Pakistan). I have long worried about the unforeseen consequences of the Predator strikes, which are illegal in international law and done as a covert operation and so outside the US democratic framework. None of this in any way excuses the bloody-minded terrorism plot against civilians in Times Square. But to simple-mindedly equate such violence with “Islam,” the religion of 1.5 billion people or nearly a sixth of humankind, and to blame it on the Qur’an, is, well, I’ll say it again: uninformed and stupid.

PS For Pakistani-American anxieties over being tarred with this brush, see this report from Aljazeera English: