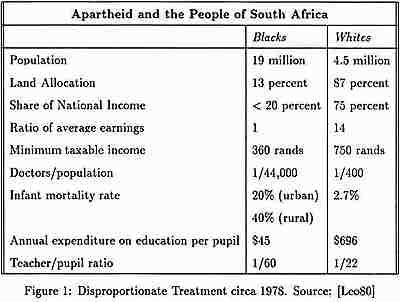 A suppressed historical episode has emerged into the light of day in such a way as to deeply embarrass Israel and the United States in their campaign against Iran’s peaceful nuclear enrichment program at Natanz near Isfahan.

In a recent interview, Tzahi Hanegbi, chairman of the Knesset Foreign Affairs and Defense Committee in Israel said, “We are frustrated with the fact that Iran does not feel the pressure of the world, does not care about the demands of the International Atomic Energy Agency and the U.N., because we feel that time is running out.” On Sunday, Israeli Prime Minister Binyamin Netanyahu said, “The greatest danger mankind faces is a radical regime, without limits to its cruelty, obtaining nuclear capabilities.”

Such Israeli eruptions of outrage about Iran depend on a key bit of misdirection, including denial of Israel’s own small arsenal of nuclear warheads. But it used to be difficult to prove Israel’s arsenal exists. No longer.

Iran appears not to have a nuclear weapons program, according to US intelligence, and its civilian nuclear research program is permitted under the terms of the Nuclear Non-Proliferation Treaty. The UN Security Council, however keeps insisting that Iran cease enrichment, though it is unclear why that body thinks it has the authority to amend the NPT ex post facto in that way. It is true that Iran did not inform the UN as it was required to when it began trying to enrich uranium in the late 1990s. And it is also true that Iran is not today as transparent with the International Atomic Energy Agency inspectors as that organization would like.

For their parts, , Iranian political figures such as speaker of the house Larijani and President Mahmoud Ahmadinejad have threatened to withdraw from the agreement reached last week with Turkey and Brazil whereby it would send a substantial amount of its stock of low enriched uranium to Turkey to be held in escrow, in return for the international community providing fuel enriched to 19.75 percent for the reactor that produces medical isotopes.

Barry Posen has demolished the argument, sometimes trotted out by the ‘overthrow Tehran’ crowd, that Iran would give nukes to third parties, including terrorists, if it had them. But that argument is one among many deployed against Tehran on a somewhat fantastic basis (since Iran does not have a bomb in the first place and likely couldn’t have one for a decade or more even if it were trying, which as far as US intelligence can tell, it isn’t.)

The implication, that Iran must be stopped because it would proliferate to neighbors, may come back to haunt pro-Israeli propagandists, given Tel Aviv’s own secret role in attempting to proliferate nukes to South Africa.

Netanyahu instanced the peculiar danger of Iran, but surely few regimes were as brutal and cruel or as threatening to their neighbors as Apartheid South Africa, which demonstrably wanted nuclear weapons in a way that cannot be equally well proven regarding Iran.

The Guardian reports on findings of historian Sasha Polakow-Suransky in the South African archives demonstrating that Israel offered Praetoria nuclear weapons in 1975. The documents are detailed in Polakow-Suransky’s book, The Unspoken Alliance: Israel’s Secret Relationship with Apartheid South Africa. The relevant memos and minutes are reproduced by The Guardian here.

The White South African government appears to have wanted to buy Israeli nuclear-tipped missiles for potential use against Black African neighbors such as Angola, Botswana, Zambia and (at certain points) Mozambique– countries against which the rogue regime often launched cross-border raids.

It is worth remembering what kind of pariah, racist and repressive regime Apartheid South Africa really was. Non-binding UN Security Council resolutions starting in the 1960s discouraged conventional arms sales to the regime, much less nuclear weapons! (The UN-imposed arms sale ban became mandatory on member states in 1977, shortly after the Israeli offer had been made). The impact of officially imposed white supremacism on the wealth and health of the population of was clear by 1978:

The Israel-South Africa partnership even extended to having the Anti-Defamation League, supposedly a civil rights organization fighting anti-Semitism, spy on and play dirty tricks on organizations and individuals in San Francisco who supported Palestinians or who opposed South African Apartheid.

The embarrassment is compounded by the increasing similarities between South African policies toward Black Africans and Israeli policies toward Palestinians. There is a sense in which Gaza and the West Bank have become much like the “homelands” created for denaturalized South Africans, making them foreigners in their own country and requiring that they carry papers at all times.

But it is not clear that even the South African Apartheid regime imposed anything as cruel as the Israeli siege and blockade of the Gaza Strip. That blockade is being challenged by a volunteer aid flotilla, which, however, risks being turned away before it can deliver humanitarian assistance to the half-starved Gazans, half of whom are children.

Whether it was intentional or not, the double standard in the UNSC concerning Israel’s nuclear weapons (including the recklessness with which its leaders have hinted they would use them, and the willingness to proliferate) and Iran’s civilian enrichment program, which may well never lead to a bomb has been underlined by Polakow-Suransky’s revelations. The research discoveries make it at least a little more difficult for the US and Israel to persuade other UNO states that Iran is a rogue and needs special intervention, while Israel is held harmless.