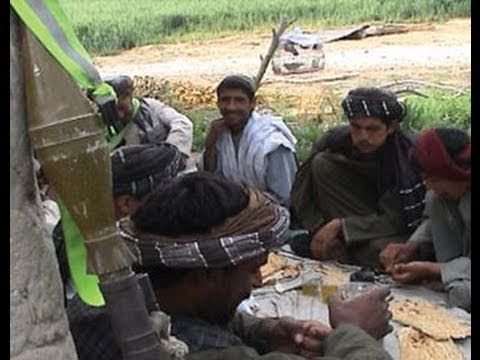 The BBC is reporting that Afghan guerrillas deployed a suicide car bomb against a NATO military convoy in west Kabul near the parliament building Tuesday morning, killing at least 19 persons and wounding 52. Five US troops are said among the dead.

MSNBC has a good video report:

The enormous fireball destroyed twenty vehicles. Spokesman for the Old Taliban of Mullah Omar, Zabihullah Mujahid, phoned AP to claim that a Kabul resident belonging to his organization was responsible. 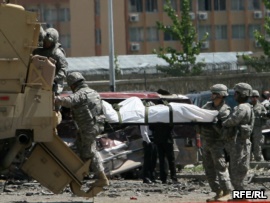 Radio Azadi reporting in Dari Persian says that Gen. Khalilullah Dastyar, aide to the security commander for Kabul province, revealed that a number of women, children and elderly persons were among the civilian dead. RA reports an eyewitness account: “My name is Ahmad Yaktan, resident of the capital. When the explosion occurred I was near this very place. I saw that a large number of persons were wounded or killed. Ambulances carried away the wounded, most of whom were local Afghans.” 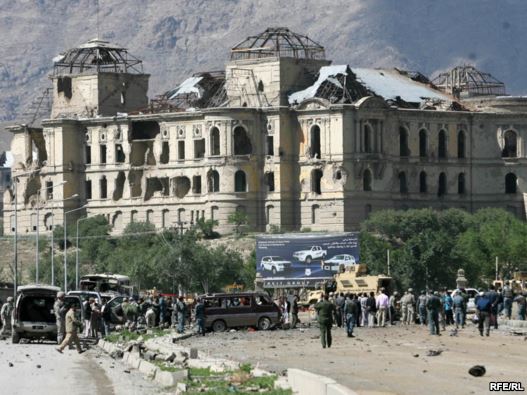 NATO convoys are often targeted in the countryside with roadside bombs and suicide attacks, but such an operation in that part of Kabul against a hard rather than a soft target is unusually bold and may show increased military capacity among the militants opposed to foreign troop presence in Afghanistan. This was said to be the deadliest assault on NATO soldiers in Kabul since last September.

The daring bombing comes at a time when Obama administration policy in Afghanistan and Pakistan appears to be unravelling, as detailed by Tom Engelhardt.

The attack in the capital follows a number of operations in the south and east of the country by guerrillas, including the assassination of a prominent Sunni Pashtun cleric in Kunar Province who had urged reconciliation with the Karzai government and the laying down of arms, as well as a motorcycle-bombing at a prison in the southern city of Qandahar, which killed 3.

Late last week a nighttime US raid in the eastern Nangarhar province that locals maintained had gone awry and killed innocents set off province-wide demonstrations demanding that the Yankees go home. This is the second time coordinated civilian protests were mounted in Nangarhar against the US military presence in recent weeks. Similar rallies were held in late April when the US killed the relative of a female member of parliament from the province.

There has apparently been continued hard fighting in Helmand Province in the country’s southwest, the site of the Marjah campaign this winter. The Defense Department’s recently released list of US troops killed shows 10 killed in action just last week, most of them in Helmand:

•Army Capt. Kyle A. Comfort, 27, of Jacksonville, Ala., died May 8 in Helmand province of wounds suffered when insurgents attacked his unit.

•Marine Cpl. Kurt S. Shea, 21, of Frederick, Md., died May 10 while supporting combat operations in Helmand province. This incident is under investigation.

This despite the confident assessment often heard in Washington that Marjah was a “success” on which a Qandahar campaign could now build. Marjah is a rural set of farm houses with a population in the tens of thousands, Qandahar a city of 800,000, the size of Detroit. NATO commanders see the planned campaign as essential to turn the tide against the Old Taliban, even though they admit that it is a purely Afghan political force and there is “zero al-Qaeda” in the area. That such an operation may turn Afghans in the region even more firmly against the US doesn’t seem to be contemplated.

Britain’s Channel Four reports on the increasing use by Americans and by Ahmad Wali Karzai of militias and irregular forces, some of which have engaged in lawlessness that further alienates the population:

For the impact of these wars on the troops, see PBS Frontline Tuesday in the US (ad to the right).