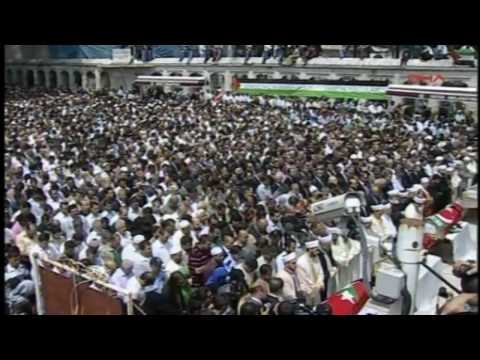 As funerals were held in Turkey on Thursday for 7 Turks and 1 US citizen, a new wave of anger swept over Turkey at Israel. The popular emotions have potential implications for Turkey and NATO in the Middle East, and therefore for the United States and the Obama administration.

Turkish Prime Minister Recep Tayyip Erdogan said in a speech in Ankara on Thursday that Israel must review its policies lest it lose its best friend in the region, i.e. Turkey.

He added, “We have made an effort to keep our friendship. But the Israeli government couldn’t maintain it and made a historic mistake. And it did not do so only against Turkey but against the people of 32 countries. There were no weapons on the ships, just humanitarian aid …”

Turkey has recalled its ambassador from Tel Aviv, and canceled, for now, a joint research project on energy issues. It is even planning legal action against Israel in Turkish courts. But Israeli arms sales to Turkey are are still on track, and despite a temporary fall in Israeli tourism, Turkey does $2.6 billion in trade with Israel annually, about one percent of its total.

ITN has a video report on the funerals and the anger:

Turkey is cental to the US military efforts in Iraq and Afghanistan. 70% of materiel for US troops in Iraq come in through Incirlik Air Force Base in Turkey. And, Turkey has troops in Afganistan as part of the NATO contingent. Turkey is a key bridge for Obama to the Muslim world. Strategically, if the US had to choose between Turkey and Israel, it would have to choose Turkey.

Former UK ambassador Craig Murray, who was forced out of the Foreign Ministry when he blew the whistle on torture in Uzbekistan, reports the extreme unease felt in the halls of NATO in Brussels over the Israeli assault on a vessel from a NATO member nation. The blithely pro-Israeli attitude of Americans at NATO HQ only added to the tensions already obtaining between the US and its NATO allies over Afghanistan policy. The Obama administration has put enormous pressure on its NATO allies to increase their troop strength in Afghanistan, which many deeply resent.

Turkey is a country of about 73 million and is therefore more populous than France or the UK. It is the 18th most populous country in the world, after Germany, Ethiopia, Egypt and Iran. It has been ranked by some analysts as the tenth most powerful country in the world with regard to conventional military strength, just ahead of Israel itself. It is a NATO member and therefore a formal ally of the United States, which is bound to defend Turkey from attack, and it has preferential access to sophisticated US weaponry.

Economically, Turkey ranks 17 in the world for nominal gross domestic product. Turkey was not hurt as badly by the economic downturn in 2008-2009 as some others, and it is on track to grow over 6 % this year on exports. It may be this year’s fastest growing economy. It has been growing at a rapid clip during the past decade, and has attracted billions in foreign investment.

Turkey’s Justice and Development Party is tinged with Muslim ideas, in contrast to the old officer corps elite of militant secularists. As Turkey has democratized, the Muslim and populist commitments of the people who live in towns and the smaller cities have become more salient. The JDP (AK Partisi) has also helped authorize a freer and more public role for Muslim fundamentalist NGOs such as IHH, the charity that helped sponsor the Gaza aid flotilla.