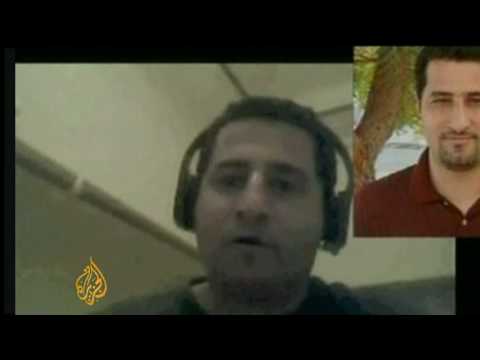 Aljazeera English reports on the two contradictory videos that have surfaced, in one of which Dr. Shahram Amiri, an Iranian nuclear scientist, maintains that he was kidnapped while on pilgrimage to Mecca and is being held against his will in Arizona (an irony, since he would then be an involuntary illegal alien in a state that seems to mind the latter). The second video, also put up at YouTube, contradicts the allegations the first.

The Original videos in Persian are here at Huffington Post.

WaPo cites retired CIA sources who allege that it is not US practice to kidnap people. But there is such a practice, and it is called rendition, and some allies such as Italy are angered that we do it on their soil. Another CIA source says that if Amiri were imprisoned by the US in Tucson, he wouldn’t be free to contact people by video.

There are many scenarios that can explain this odd turn of events.

1. The first video alleging kidnapping is an Iranian government forgery

2. The first video is valid but the second one is a US government operation

Possibility no. 2 could work like this: The US practices rendition on Amiri with the help of Saudi intelligence while he is in Medina. He is interrogated on film about Iran’s nuclear program, and he and breaks down and talks about the new Fardo enrichment facility near Qom. (Because of fatigue or fear or disenchantment with the regime).

The US authorities now have something to blackmail him with. They offer to let him stay in the US if he is afraid to go back to Iran after having spilled the beans. He reluctantly agrees.

Anyone who watches the USA cable television channel’s “In Plain Sight” can speculate on what has happened next. Amiri was possibly put in the federal Witness Protection Program, which involves a sort of social death (you are cut off from all former friends and from all family in you past so as to keep you safe from assassination). As with many of the characters in “In Plain Sight,” Amiri may have become bored and dissatisfied with Witness Protection, and he may have skyped an old acquaintance who recorded his plea for help. But then no doubt the federal marshals would have reminded him that he had thereby put his life in danger, and so perhaps he rethought and put up the second video, a disavowal of the first.

If Amiri went into Witness Protection, it would explain how he could use a program such as skype to contact an old friend. If he was despondent, lonely and missed Iran, claiming to have been kidnapped is the only plausible way to avoid being charged with treason. Or perhaps he really was a victim of rendition.

All this is just speculation. But if it is true that Amiri was a victim of rendition and then “aggressively” interrogated, there is every possibility that he lied and told the Americans what he thought they wanted to hear. And if that were the case, then whatever “intelligence” the US gleaned from the hapless scientist could be highly compromised.

The US started saying Iran had a secret nuclear enrichment site at Fardo. But the then head of the International Atomic Energy Agency went to the facility and inspected it, finding it just a hole in the side of a mountain, with no centrifuges yet installed. But the US began by insisting it was a hidden operating facility. It is almost as though someone told them about Fardo but then vastly exaggerated what it is. (In actuality, it is probably just an attempt to ensure that Israel cannot bomb Iran’s civilian nuclear program out of existence).

US officials are always saying something weird about Iran. You wonder if they tortured it out of rendition subjects.