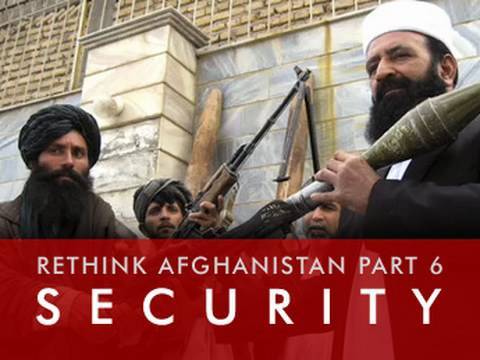 The Taliban now claim that they killed one US sailor and captured another in Logar Province as the US mounts a massive manhunt for the survivor.

The Afghanistan war now has its own Pentagon papers— 90,000 documents leaked to Wikileaks and then to The Guardian and two other newspapers, which show a pattern of covering up the killing of Afghan civilians on the part of NATO and the US.

Of course, leaks aren’t necessary to know about bombings of civilians. The Afghans complain bitterly about such strikes. The Pentagon is investigating an air strike this weekend that is said to have killed 45 civilians. BBC reports of a relative of the victims, Haji Rahim, that he said, “They can see something as small as an insect just four inches on the ground, so how were they not able to see all of those women and children when they bombed them?”

The Guardian’s war logs links are here. The Wikileaks page is here.

Part 6 of Rethinking Afghanistan, directed by Robert Greenwald of Brave New Films, asks the question of whether the war actually makes the United States safer.

Sen. Jim Webb and others recently raised this question, of the lack of clarity of war goals in Afghanistan and the failure of the White House and the Pentagon to make the case for increased US security coming out of it.

Ivo Petovski at the Guardian subjects the domestic security and ‘war on terror’ justifications to careful scrutiny and comes up empty-handed.