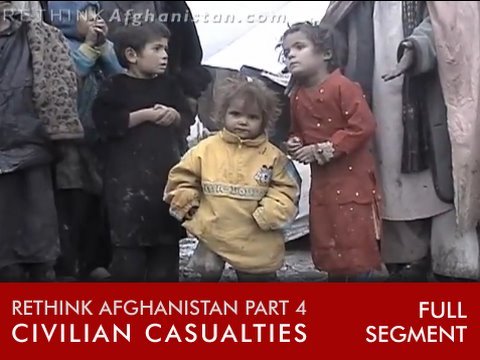 A new study by America’s National Bureau for Economic Research looking at the circumstances around 4,000 civilian deaths in Afghanistan found a high correlation between NATO killing of even two civilians in an area and a spike of attacks on NATO and US troops. It turns out that Gen. Stanley McChrystal’s much-maligned stricter rules of engagement, especially limitations on blunt air strikes, actually likely reduced the number of attacks. Gen. David Petraeus is said to be considering altering the ROE.

There is only one way to interpret the NBER report, which is that President Obama was wrong to escalate the Afghanistan war, since US and NATO war-fighting, which inevitably causes civilian deaths, is actually ratcheting up the war. A heavy footprint and more NATO operations likely will create the monster Washington fears, a growing insurgency, rather than ‘blunting the momentum’ of the ‘Taliban’ as Obama and Petreaus hope.

The Afghan Human Rights Monitor recently issued a report on civilian casualties in the first half of 2010. AFP summarized key findings:

‘ About 1,074 civilians were killed and more than 1,500 injured in war-related incidents in the first six months of 2010, compared with 1,059 killed in the same period last year, ARM said. “Up to 1,200 security incidents were recorded in June, the highest number of incidents compared to any month since 2002,” it said. . . In a breakdown of parties to blame for civilian deaths, ARM says 61 percent were caused by insurgents, 30 percent by US, NATO and Afghan forces, six percent by “criminals and private security firms”, with three percent unknown.

The full report in pdf format is here

See also their report, “Children Suffered the Brunt of War Casualties in 2009”

Aljazeera English has a recent report on rising children and adult Afghan casualties:

and here is Rethinking Afghanistan pt. 4: