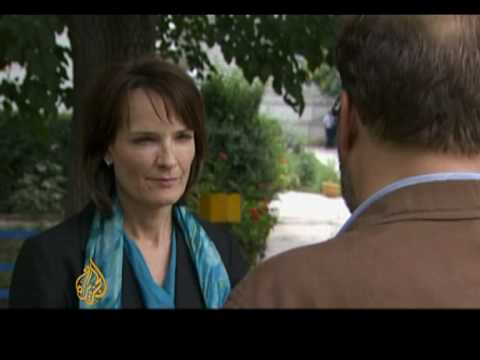 Those opposed to President Obama´s escalation of the Afghanistan War were crestfallen when Congress approved another $33 billion in war funding. But as Richard Wolfe at USA Today points out, the interesting thing about the vote is the 103 Democratic Party ´no´ votes, triple the number who voted against a similar bill in summer 2009. Even David Obey, the chairman of the committee that crafted the legislation, voted against it. War exhaustion is setting in with Democrats, who have big domestic priorities, and the Wikileaks will take their toll. Obama may end up being a Democratic president fighting a Republican war, since if the GOP does well in the mid-terms, they will be in a position to support the escalation.

Meanwhile, in Afghanistan in Nimroz Province, a crowded bus hit a roadside bomb, which killed at least 25 passengers. I doubt the Taliban were trying to kill bus passengers, but once you set a roadside bomb you never know who will hit it. Meanwhile, another US soldier was killed, this time in the Pashtun south, on Wednesday, bringing July´s toll for US troops killed to 59, only a little less than the 60 who were killed in June, according to the Associated Press. The figure of 60 US troops killed in one month is the highest monthly toll since the war began in 2001.

Aljazeera English reports on the threat of roadside bombs in Afghanistan:

In other news, it is being alleged that the Taliban have overrun much of the Qalai Zal district of Qunduz Province and actually captured a NATO aircraft. Pashtuns only make up one third of Qunduz, a northern province, but they have been militarily very active there, in part in hopes of cutting off NATO supply lines from Tajikistan and Central Asia. But, a plane? The only good news here is that they have no idea what to do with it.

Declan Walsh at the Guardian looks again at a 2007 incident in which US Marines, having had their convoy hit by a bombing near the eastern Pashtun city of Jalalabad, laid down suppressive fire all around them as they made a mad dash to base 6 miles away, so as to get medical help for a wounded colleague. The automatic machine gun fire killed innocent Afghans in cars along the way, including school girls. The whole incident was covered up when the papers were filed, simply by not mentioning the carnage.

Military folks can correct me if I am wrong, but my understanding is that laying down fire all around is standard response to a bombing, though some green units take it too far and so produce a lot of civilian deaths. I was told that some National Guard units in Iraq were the worst in this regard. I have long suspected that insurgents in Iraq and Afghanistan, having noticed the tactic, bomb US troop convoys near markets and other populated areas, counting on this response so that the US troops end up getting blamed for the carnage and the local people are turned against them. In this Jalalabad incident, the firing went way beyond an immediate response to danger, however.

The American press is being accused of not being very concerned to report civilian casualties in Afghanistan, in contrast to the Guardian in the UK. Eric Michael Johnson can count, so so does his analysis.