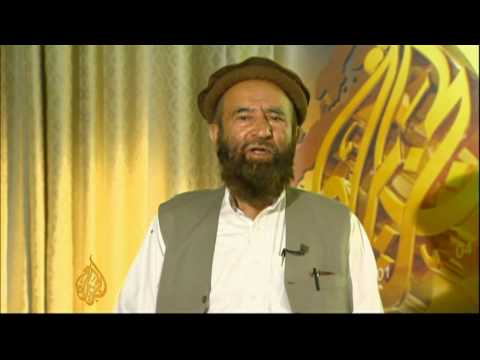 As the Senate confirmed Gen. David Petraeus as commander of US troops in Afghanistan, CNN estimated that 101 NATO troops (including Americans) were killed in June, the highest total ever since the NATO presence began in 2001. The Pentagon maintains that such a spike in troop deaths is to be expected given the counter-insurgency push that began this winter, in which troops were given the task of ‘taking, clearing, holding and building’ in Pashtun territory.

Taliban guerrillas boldly attacked a NATO air base at the eastern Pashtun city of Jalabad on Tuesday. A Taliban spokesman said that the operation was intended to send a signal to Gen. Petraeus, that they considered him no different from any other general. At least one NATO soldier was killed in the assault becoming death number 101 for June). A Taliban spokesman said that six of them detonated their payloads or were killed, while 4 escaped. NATO said that there were 6-8 attackers and all were killed. The Pajhwok News Agency reports, “A top Afghan army official on the base, Col. Jahangir Azimi, said six attackers, equipped with two machine guns, automatic rifles and a rocket launcher, stormed the airbase from its northern gate. One bomber blew himself up at the gate and the rest of the attackers infiltrated the camp, he added. Two of the bombers were killed by Afghan soldiers and three others were hunted by NATO choppers which were immediately called after the explosion, Col. Azimi further said.”

The battle of Marawara in the eastern Kunar province between NATO forces and Taliban continued on Wednesday. It began on Sunday, when two US troops and a third NATO soldier were killed.

Meanwhile, Congress cut $4 billion out of civilian aid to Afghanistan, owing to fears that it was just being eaten up by corruption. Afghanistan is listed as the second most corrupt country in the world after Somalia by Transparency International, and reports have circulated for months about mysterious large shipments of cash out of Kabul airport to Dubai. It has also been alleged that money paid to security contractors in Afghanistan who oversee the safety of US convoys is often in turn paid out to Taliban as a bribe not to attack the convoys. Still, the civilian aid money is crucial to the Obama administration’s counter-insurgency campaign, and it had been hoped that providing, e.g., more electricity to Pashtun areas such as the city of Qandahar might help NATO and the Karzai government blunt the appeal of the Taliban there. Apparently, though, the money was not so much denied as put in escrow until a better general accounting system can be put in to keep track of it.

The Pakistani Urdu newspaper Nawa-i Waqt reported on Weds. June 30, as translated by the USG Open Source Center, that Afghanistan President Hamid Karzai is meeting resistance from the US in his attempts to negotiate with the Old Taliban of Mullah Omar via Mullah Baradar, the organization’s number 2 leader, who was taken into custody by Pakistan. The US seems uninterested in the captive, who has already been replaced and is now an object of suspicion on the part of the Taliban, since he has been in Pakistani custody. The article says that in any case Mullah Omar is uninterested in talking to the US, since he is convinced that the Westerners will soon leave the country:

“Mullah Beradar, the second in command of the Afghan Taliban after the outfit chief, Mullah Umar, is still in the custody of Pakistan. Pakistani officials are still trying to retrieve information from him. They are also engaged in judging his possible role and usefulness in terms of improving the internal situation of Afghanistan. Earlier, former Taliban Foreign Minister Wakil Ahmad Matwakal and Mullah Abdussalam Zaif, former Taliban ambassador to Pakistan had also made efforts to move ahead for the US sponsored process of reconciliation. According to sources, some reports disclosed that Mullah Beradar is neither being released nor he is being handed over to the United States or Afghanistan.