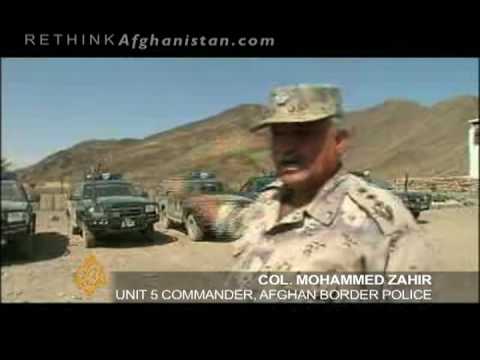 Rethinking Afghanistan, Pt. 2, directed by Robert Greenwald of Brave New Films, treats the issue of the Taliban havens in northwest Pakistan and the use to which the country’s Inter-Services Intelligence (ISI) cells may be putting them.

In order to shore up Pakistani public support for the government, the US has pledged $7.5 billion in aid.

Secretary of State Hillary Clinton went to Islamabad earlier this week to announce the first tranche, intended in part to help the two million Pakistanis displaced by last year’s Swat campaign, launched by the army at the insistence of the Obama administration. She complained that this aid was resented in some parts of Pakistan (without noting that US pressure for military campaigns has resulted in millions displaced, some not entirely mollified by later reconstruction aid. Clinton also complained about lack of action by Islamabad against the Haqqani network in North Waziristan. The Pakistani Inter-Services Intelligence appears to see this organization as an asset for spreading Pakistani influence in Afganistan and is reluctant to destroy it. But the Haqqani group kills NATO and ANA troops and has links to al-Qaeda. Clinton also accused her hosts of harboring Usama Bin Laden, which is almost certainly untrue, and guaranteed to spoil any good feelings the aid pledge might have generated.

But the Pakistani government might not need so much foreign aid if the country’s elite actually paid taxes..

When security collapsed in Mexico, I asked my colleagues in that field why. They said one problem is that the government seems unable to collect enough in the way of taxes. Thus drug cartels often have more resources than state institutions and security forces. It appears that irresponsible economic elites who won’t pay their taxes end up with failed states and gated communities. George W. Bush’s massive tax cuts on the wealthy is a big part of the current US deficit and may have set the US on the Pakistani and Mexican path.

For a recent consideration of this issue see Rajan Memon on Pakistan’s dual policy toward the Taliban.

See also, a longer set of essays on the role of the neighbors, [pdf] Ashley J. Tellis, et al., “Is a Regional Strategy Viable in Afghanistan? ” Carnegie Report, May, 2010.