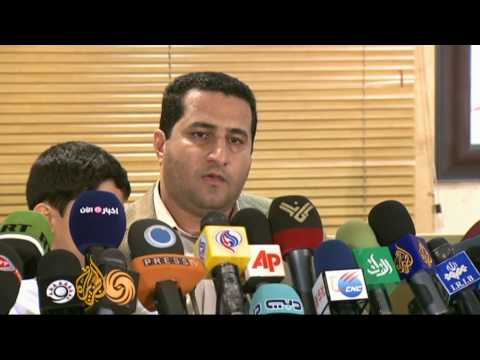 The saga of Shahram Amiri points to a real danger for world peace and prosperity, with the disturbing possibility now emerging that he was a double agent. He implausibly maintains that he was kidnapped by the CIA in Mecca and held in the US against his will. US sources say that he was a walk-in, that he contacted the CIA and offered to defect, for which he was offered $5 million and a new identity. The US government has a program of encouraging Iranian nuclear physicists to defect by offering them large sums of money, and it is rumored that they have had several takers.

Amiri’s behavior, however, is so erratic that it raises alarms. He never collected his reward money, and in past months he started releasing YouTube videos complaining about having been kidnapped. He showed up in the Iranian interest section of the Pakistani embassy this week and then flew back to Iran via Dubai.

This story, with the walk-in Iranian physicist who shows no interest in the reward money to be doled out over his lifetime, who proves inconstant and toward the end tries to embarrass his host, has raised alarums among observers of the intelligence scene that Amiri was a double agent.

For instance, someone appears to have told Washington that the Fardo facility in a cave near Qom was a nuclear weapons lab. But the Iranians allowed a UN International Atomic Energy Agency inspection, which found it just a ‘hole in the side of the mountain’ with no nuclear material onsite.

Why would Amiri lie about Iran’s nuclear research? The scenario that haunts me is what might be called Saddam’s Dilemma.

A second-tier country is in little danger of invasion or occupation on the part of the Great Powers in the 21st century if it only has conventional weapons. Thus, the junta in Burma or the populist Venezuela of Huga Chavez may be thorns in the side of Washington and its allies, but they have not moved against these states in any practical military way, in part because they pose only a small threat to those powers’ interests.

Fully nuclear-armed second-tier powers are also safe from invasion and occupation, since they already have a nuclear weapon. Israel, Pakistan, India and North Korea fall in this category. North Korea has committed a number of acts that would qualify as casus belli or a legal grounds for war, but it has never been attacked. Nervousness pervades the halls of power among the Great Powers about Pakistan, but they appear to dare not act on that anxiety. Israel, as a close ally of the primary superpower, the United States, is in any case in no danger of attack by one of the Security Council dominant nations. But when Israel receives what its leaders think is undue pressure from the US or the others, it can deploy its nuclear arsenal to coerce the US. It did this in 1973 when Golda Meir demanded an airlift of munitions to fight Egypt, saying the alternative would be an Israeli nuclear strike on Cairo; and again since the Obama administration came into office, when Israel has used the threat of bombing Iran to extract commitments that the Security Council plus Germany will put the screws to Tehran with increasing sanctions.

Iraq had nuclear, biological and chemical weapons programs in the 1980s, which were dismantled in the 1990s by United Nations weapons insprectors. But strong suspicions were voiced in the US and Western Europe that Iraq had reconstituted its weapons programs by the late 1990s. It is in that twilight between not having a bomb and being close to having one that war becomes most likely. In fact, hawks argue that war is actually more urgent in such a situation, to forestall imminent nuclear proliferation.

CIA director Leon Panetta, for instance, has spoken of a time window, within which Iran may become nuclear-capable, and the dilemma (attack? don’t attack?) this timetable poses for the US. The implication is that the US have to decide what to do about Iran within two years, thus setting a ticking, Hitchcockian clock.

States that are near to developing a nuclear weapons capability can fend off the Great Powers in one of three ways. They can give up their nuclear arms programs or aspirations (Argentina, Brazil, South Africa, Libya). They can go for broke and hope they can go nuclear before the US can invade. Or they can try to fool the international community by claiming to have a much more developed weapons program than had been suspected. In short, it could attempt to convince the Powers that it was so close to having a bomb that that initiating hostilities was unwise.

This step is what I call Saddam’s Dilemma. If he had convincingly document his lack of WMD to the public and world community, he felt, he would have risked attack by Iran or its Iraqi allies. So he lied about his country’s having destroyed most WMD by that point

Charles Duelfer’s long experience in Iraq gives us some analogies for this situation.

‘ It was difficult to understand that Saddam would do things for irrational reasons; he would do things that were at cross-purposes. He would say he had no WMDs to some and say that he did to others. When I sat in on the debriefing, he told us that he had multiple audiences and was worried about the Iranians and others.’

‘ We lost a lot by not having an embassy in Baghdad. I was one of the only senior U.S. officials going in and out of Baghdad in the late 1990s, even though I had my U.N. hat on. And I never realized until later how unique my knowledge of Iraq was. You’d think that understanding Iraq was as easy as understanding what was going on in the head of one guy. Now, that one guy was a pretty weird guy. The people in Washington knew little about Baghdad and had a cartoon view of what was going on. I fear that we have the same view of Tehran and North Korea now.’

The US has no embassy in Tehran.