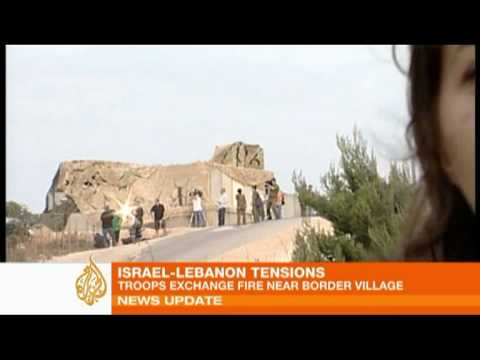 There is one sad thing and there are several surprising things about the border clash on Tuesday between Israel and Lebanon.

The sad thing is that the firefight broke out over the removal of a tree. The Israeli army says it was their tree, which they wanted to remove to get a better view of Lebanon. The Lebanese army says it was their tree and that the Israeli troops crossed the border to chop down the woody miscreant. The Israelis say that they warned the Lebanese army of what they were doing by megaphone. The Lebanese say that the Israelis repeatedly violate Lebanese sovereignty, indeed have done so thousands of times since the 2006 war.

Couldn’t they, like, have called in the UNIFIL United Nations peacekeepers to cut down the trees? That is what UNIFIL is there for. Some trees were worth the lives of Lebanese troops and a journalist and that of an Israeli officer?

One surprising thing is that the Lebanese army showed such spunk in the face of the perceived Israeli affront. They know very well that they are vastly outgunned, and of course the Israeli military hit them with fire from helicopter gunships and artillery pieces. What made them so bold, that they shot and killed an Israeli officer over the tree removal?

Another surprise is that the secretary general of the Hizbullah party and militia, Hasan Nasrullah, called on his people to show restraint. Even so, he threatened to intervene if there was another Israeli provocation.

Yet another surprise is that the Lebanese army contacted the Israeli army behind the scenes in an attempt to forestall any spiraling out of control of the situation. (But the Telegraph article is incorrect when it says that the Israeli army did not target any Lebanese military and government targets in 2006; it did, a few).

My own guess is that this border incident will remain a border incident, in part because President Obama doesn’t want another Israel-Lebanon war (unlike his predecessors, who never met a war they didn’t like).