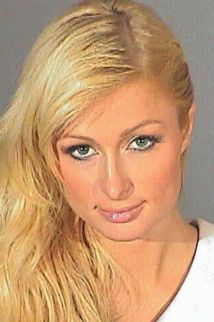 US mass media is owned by only five corporations, and all of them have decided that advertising dollars flow to celebrity gossip more than to hard news. I’ve had cable television news on in the background all early afternoon Monday, and no one has mentioned the word “Pakistan,” a major security partner of the United States designated as a “non-NATO ally” where a world-historical flood has been unfolding. On the other hand, they seem to have time to tell us about lots of other things that are not actually important, on the theory that these stories will better sell deodorant and tampons.

So, a little tongue-in-cheek, I am starting a new feature, of using celebrity analogies to reference the real news.

So you know how Paris Hilton keeps getting into trouble with police (South Africa, Corsica, Las Vegas) over having illegal drugs in her purse but then somehow always gets off by saying they were really her friends’ drugs?

(I’m not taking a policy position on the legality or illegality of particular drugs, or on whether the allegations are true, just commenting on the news.)

That is a little bit how Afghanistan is, where the government says it is fighting the poppy trade, but then somehow there are all these accusations that high Afghan officials actually profit from the drug trade (and the same people also often seem to be on the CIA payroll).

And now Dexter Filkins and Alissa Rubin are revealing that Afghanistan President Hamid Karzai is actively obstructing corruption investigations of his cronies high in the government.

Afghanistan heroin is a major problem for Central Asia, as well as for Russia (And, increasingly for Pakistan, the Middle East, and Western Europe.)

Heroin addiction is a plague on Afghanistan itself, and is now even showing up among US troops in Afghanistan, as well.

So that is how Afghanistan is kind of like the stories in the news today about Paris Hilton; it is partly about alleged substance abuse and denying it, with the whole situation remaining murky and no real outcome, except that Afghanistan is, like, important.