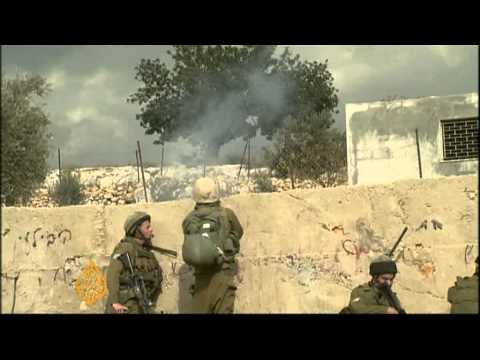 Israeli Prime Minister Binyamin Netanyahu announced his bad faith as he began the first direct talks between Israel and the Palestine Authority in 2 years, implying that he would call off the 8-month freeze on new settlements in the West Bank. His negotiating partner, President Mahmoud Abbas, had made cessation of new settlements a prerequisite for direct talks, on the sensible grounds that you can’t really negotiate with someone who is actively stealing from you. After Netanyahu’s statement, Abbas is left looking like a fool for having agreed to come to Washington for this parley.

Peace talks can be dangerous, and the ones President Barack Obama is more or less imposing on Israel and the Palestine Authority are especially perilous. Talks are dangerous because they can raise public expectations, and when they are dashed, can produce violence born of profound disappointment. That consideration is one reason that it is irresponsible of far-right Likud politicians like Netanyahu to only pretend to enter peace talks, talks they have no intention of honoring or of following through on issues, to which agreement is sought by the US and the Palestinians.

The furor over the Talibanization of Israel at the hands of its ultra-Orthodox population is mainly important for its political implications. An Israeli singer was recently sentenced to 39 lashes for singing in front of an audience wherein men and women were mixed. About 8% of Israelis are ultra-Orthodox or Haredim, a percentage that is likely to grow to 18% by 2030. The spiritual leader of the ultra-Orthodox Shas Party, Rabbi Ovadia Yosef, made waves this week when he included in his blessing for Rosh Ha-Shana, the Jewish New Year, a prayer that a plague should strike the Palestinians and wipe them out, including Mahmoud Abbas. He said, “Let Abu Mazen [Mahmoud Abbas, president of the Palestinian Authority] and all these evil folk perish from this world. May God smite them with plague, them and these Palestinians.”

Apologists for Israel quickly pointed out that the rabbi routinely expresses such wishes on anyone with whom he disagrees or of whom he disapproves, including gays, non-Orthodox Jews, etc., etc. They also pointed out that Muslim ulama or clergymen say similar things about the Israelis all the time. Both of these points are correct, but they miss the point of the controversy and misjudge why an alarmed US State Department condemned these sentiments.

Netanyahu presides over a coalition of parties in a ruling coalition, which could easily fall apart. Shas has 11 seats and 4 cabinet posts, and were it to withdraw from the government, Netanyahu would have a very slim majority left. If Shas left and took other ultra-Orthodox politicians with it from small parties, that step could cause the government to fall.

Netanyahu’s bark is worse than his bite and he might well be willing to pull a Begin and reach a historic agreement with the Palestinians, if left to his own devices. But if Rabbi Yosef’s murderous venom, a mirror of what one sometimes hears from some Hamas figures, was intended to pressure Shas to oppose the resumption of direct talks,or to dig in its heels about any concessions Netanyahu might be tempted to make, then his words could well sink the talks. He isn’t just another fanatical cleric; he is influential with a party that in turn helps prop up the incumbent. (Hint: Hamas is opposed to the direct talks between Abbas and Netanyahu.)

The good will and wisdom of the Obama administration in steadily applying pressure on both sides to come to the negotiating table exists in one world. The baleful irrationality of Rabbi Yosef and of his Hamas counterparts is more like the real world in the Mideast. Though note that Hamas’s boycott of the talks cannot stop them from taking place, whereas if Shas left Netanyahu’s government they might well be able to help bring him down and stop the talks that way.