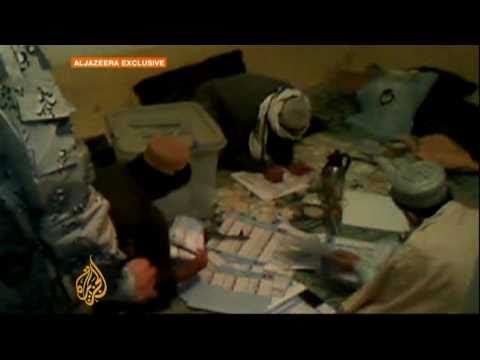 According to the Afghanistan government, about 186 civilians have died in each of the last 6 months in the war. (Other studies suggest the bulk of them are killed in Taliban attacks).

While it is true that some 300 civilians were killed in Iraq in August, or nearly twice the Afghan toll, earlier in 2010 the toll there was on the order of 200 a month. That is, Afghanistan violence is creeping up toward Iraq levels.

Past 6 months in Afghanistan according to Ministry of Interior spokesman, Zemarai Bahsari (Tolo News):

Lara Logan’s report on CBS’ “60 Minutes” on Sunday struck me as highly pessimistic and as supporting with its footage the reality of these grim statistics.

One of her stories was about going out to a village with an American officer and his men. They found that the village had turned against them and would not talk to them. Then on the way back they were attacked and seemed barely to get out of it alive. It sounded to me like the surrounding countryside was full of such dangerous villages, and that the previously safe village had turned deadly strikes me as a bad sign. The officeer admits that he controls perhaps 18 sq. kilometers of the 300 sq. km. for which he is responsible; the rest is in Taliban hands and there are many villages to which he cannot go. Logan points out that the datum is astonishing. I would have said depressing. Andrew Bacevich slams Bob Woodward for indulging in Washington salon gossip in his new book on the Afghanistan war, instead of asking the hard questions of an investigative reporter about what in the world we are doing there.

Der Spiegel is reporting that recently Afghan army and police have been boycotting joint patrols with American and German troops in Qunduz Province. The German article is here.

Meanwhile, Aljazeera English is reporting that video evidence is now emerging of ballot fraud in the recent parliamentary elections. This issue has the potential to render the Afghanistan government invalid altogether, which would be a real blow to it in the midst of a hard fought battle against the Taliban.

A recount has been ordered of ballots at voting stations across 7 provinces.

Afghans were not surprised. Before the election, only 36% though that the election would be free, fair and transparent. Some 65 percent of Afghans think Karzai is doing a bad job, and 95 percent of people in Kabul (where he actually rules) think that. Only half say that NATO & US troops make them safer.

According to this Dari Persian newspaper, hundreds of people demonstrated on Saturday in Mehtarlam, Laghman province, over a US-led raid on Masmood village in Alishang district, Laghman Province, that allegedly killed innocent, civilian villagers. The demonstrators chanted anti-American slogans.

NATO initially announced that it had killed 30 insurgents and that no civilians had been in the area.

The governor of Laghman Province, Muhammad Iqbal Azizi, initially denied the villagers’ claims. But on Sunday he met with the villagers and became convinced that 13-14 civilians had in fact been killed in the operation, which had involved 250 NATO, US and Afghanistan army and police personnel.

A provincial council member blamed an overzealous American pilot for the error.

Afghans all across the country are suspicious of the US military presence and have been demonstrating against it in recent weeks. The threat of some Christian crazies in the US to burn the Quran explains some of the failure to win hearts and minds.