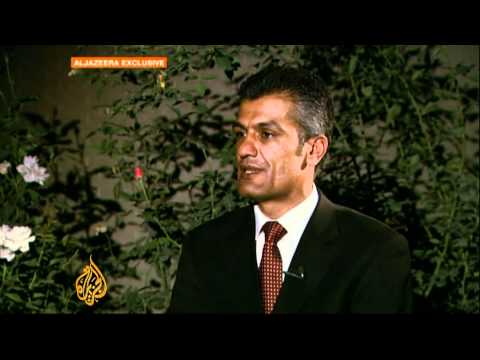 Saturday’s parliamentary elections in Afghanistan could end up causing more harm than good. No political parties can run because they still are not allowed in Afghan law (so much for democracy). Some candidates are warlords, others of them known corrupt cronies of President Hamid Karzai. The Taliban have threatened violence against voters and candidates.

Sometimes they have already made good on their threats. In the northern Balkh province on Thursday, Taliban killed two election workers, bringing the total in the build-up to the parliamentary polls to nearly two dozen, with a similar number wounded.

In the major southern Pushtun city of Qandahar, candidates have not been campaigning for parliament because, they say, it is too dangerous to do so.

Pajhwok News Agency reports that the Afghanistan government has cancelled the vote in 9 districts around the country that are under the control of Taliban or other insurgent guerrilla groups. They include “Kamdesh district of Nuristan province, Nika of Paktika, Nawa of Ghazni, Khak-e-Afghan of Zabul, Ghorak and Mianshin districts of Kandahar and Baghran Washear and Desho districts of Helmand province.” Astonishingly, an army spokesman admitted that “We have no security forces in the mentioned districts and the election commission does not plan to launch an election in these districts.”

Some 100,000 police will be on duty Saturday for the voting, but only 14,000 soldiers are being mobilized from the regular army for security duties that day. Kabul appears to be planning to depend on the 130,000 American and NATO troops.

Human rights activists are charging that the Afghanistan government is closing some 1,000 polling stations before the elections not out of security concerns but in order to disadvantage some groups in the voting.

Aljazeera English reports on the vast problem of forged ballots in the Afghanistan elections:

A new German Marshall Fund poll finds that Americans are amazingly (and perhaps unreasonably) optimistic about the possibility of ‘stabilizing’ Afghanistan compared to Europeans. About 51 percent of Americans still thinks it is possible to stabilize the country, whereas only 10 percent of Germans think that, and European averages are gloomier across the board.