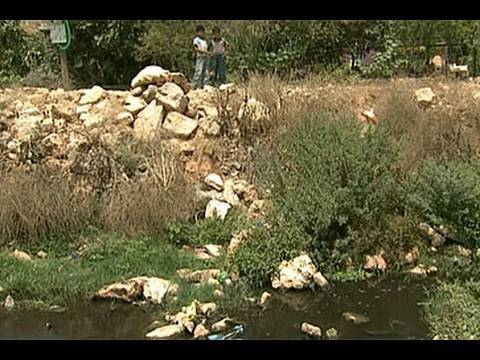 The phrase “ethnic cleansing” conjures up a swift, comprehensive act of expulsion. But in reality, moving a large population off its land is the death of a thousand cuts, a slow, inexorable process of stealing property, harassment, forcing people into a condition of malnutrition. The Native Americans in the Americas, the Aborigines in Australia, and the Palestinians in Israel/Palestine were only sometimes forced off their land suddenly and en masse. The gradual processes told, in the long run.

The amazing thing about what is being done to the Palestinians in the Palestinian West Bank by Israeli illegal aliens is that it is happening in full view of the world, reported on by wire services, and yet remains invisible to Western publics.

The world reacts in horror when the Taliban in Afghanistan torch girls’ schools. But Israeli squatters just set fire to the store room of a Palestinian girls’ school, and the whole school would have gone up in flames if that warehouse had not been near a water main. The Israeli illegals left behind graffiti saying ‘regards from the hills.’

Early in October, Israeli squatters set fire to a Palestinian mosque in Bethlehem.

For instance, there is the seasonal vandalism against olive trees in Palestinian orchards, which reached a fever pitch this year. The Israeli authorities prosecute few of these offenses and almost never hand down a punishment to an Israeli squatter. The 10 million olive trees in the West Bank and Gaza, occupying some 45 percent of the farmland, are the matrix of Palestinian existence. An attack on olive trees is a form of economic warfare of the first water. (There are some counter-attacks by Palestinians on the orchards of Israeli illegal immigrants, but they are minor in number compared to the onslaught on theirs).

Or consider the ways in which the Israeli squatters unleash their sewage on Palestinian vineyards. A potent symbol for the way the stateless, rights-less Palestinians are continually shat upon by the Israelis.

See this Aljazeera video on sewage guerrilla war against the Palestinians from this summer:

Or there is the news that “The Palestinian Authority on Wednesday condemned an Israeli military order to confiscate 1,000 acres of the Palestinian Al-Jalud village, south of Nablus. ” The Israeli army just steals Palestinian land whenever it likes, supposedly on ‘security’ grounds. But the international law on military occupations forbids such confiscations by the occupying power.