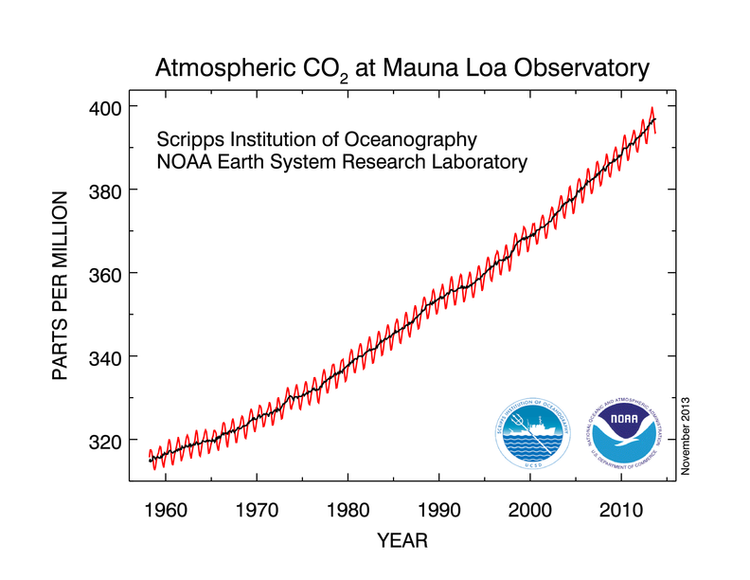 The other problem with flooding carbon emissions into the atmosphere in such massive amounts, besides the certitude that it will cause the surface temperature of the earth to increase dramatically over time, is that it will also certainly acidify the oceans.

Enjoy those scallops while you can.

In fact, you can expect a general biological meltdown in the oceans by the end of the century, according to the Geological Society of London.

Parts per million of carbon in the atmosphere have increased from 280 before the Industrial Revolution to 391 at present. Scientists predict that anything over 350 will bring catastrophic climate change. The climate change issue is the more serious one, but the problem of the acidification of the oceans would be enough to argue for carbon emissions reduction all on its own, since the oceans are our life support system. Of course, acidification plus increased water temperatures could work together in very unpleasant ways for marine life.

The rate of massive carbon dumping in our air is increasing significantly year by year.

Here are the NOAA carbon readings from Mauna Loa, Hawaii: 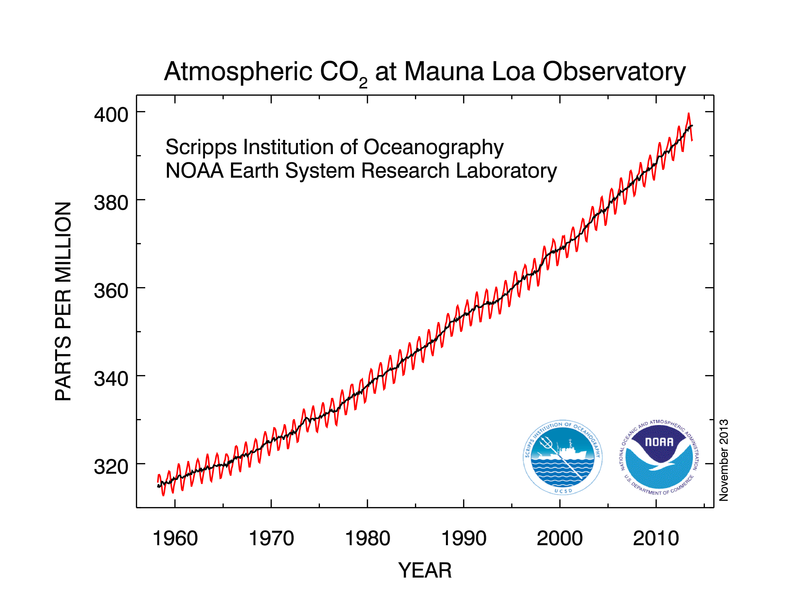