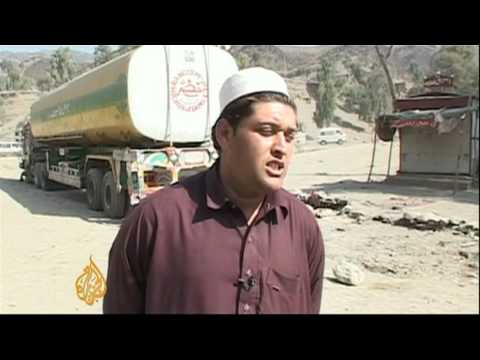 Insurgents in Afghanistan bombed a mosque in Taloqan, Takhar Province, on Friday, killing 20 persons and wounded 33. Among the dead was Mohammad Omar, governor of the nearby Qunduz Province, who ironically had been warning of the increasing strength of the Taliban in the north and the need for better security precautions. Unlike many northern provinces, where other ethnic groups predominate, Qunduz has a large number of Pashtuns, about a third of the population, and some proportion of them has turned to the Taliban. Omar had been visiting his home town and attended the Friday prayers service. The assassination via a bombing in a mosque of a provincial governor is a major operational success for the Taliban.

Provincial governors have frequently been a target for assassination, as has the US-backed president, Hamid Karzai. Last year, this Dari Persian site says, another attempt was made on Mohammad Omar’s life. On October 26 of last year, gunmen made a failed attempt on the life of Gul Agha Sherzai, governor of Nangarhar Province.

CNN has video on the mosque bombing:

Northern Afghanistan has been increasingly dangerous over the past couple of years. On Thursday in the northern province of Baghlan, a suicide bomber killed a German soldier and wounded 6 others, 2 of them gravely.

Meanwhile, in Pakistan some 20 armed insurgents attacked yet another NATO convoy, destroying about 29 trucks. The attacks began when Pakistan denied the US/ NATO supply trucks permission to cross into Afghanistan through the Khyber Pass.

Aljazeera English has video on the continued closure of Torkham: