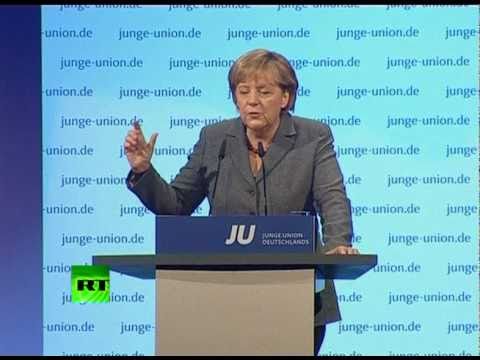 German Chancellor Angela Merkel over the weekend declared “multiculturalism” dead in her country and demanded that labor immigrants be assimilated, through German language and German culture.

This sort of discourse has a long and ugly history in Germany and it derives from a set of mistaken premises. An important strand of modern German political philosophy has tended to see the state as weak and fragile, and as easily toppled by criticism, dissent, and difference. The opposite has tended to be true in the past two hundred years–governments most often are much stronger than society and are hard to challenge.

That the state must assert itself and must ensure a broad cultural consensus among its subjects lay behind the Kulturkampf or ‘cultural struggle’ of the 1870s, when the state in newly united Germany persecuted Catholic institutions seen as too different and too autonomous. Monks and nuns were forced out of the country, monasteries were closed, congregations deprived of priests, and half of the country’s bishops were jailed. (A Roman Catholic account is here). There was an emphasis on clothing as an unwelcome mark of difference, as with clerical garb. Some historians suggest that a concern with unassimilated Polish laborers was linked to the campaign.

In the end it was not difference, religion, Catholicism or Polish workers that threatened the state but rather the overweening military ambition of political leaders themselves.

(Nativist Protestants in the US also attacked Polish immigrants in the early 20th century, alleging that their first loyalty was to the Pope, and that they were too unintelligent and decadent ever to be proper Americans. It was all just bigotry, not well-founded social scientific analysis).

Just as Catholics and Catholic institutions were not the enemy of society in Germany during the 1870s, so Muslims are not today. Muslim laborers in Germany more resemble Mexican-Americans or Central American immigrants than Muslims in the US, who tend to be better off and better educated than most other Americans.

Assimilating immigrant labor tends to be key to free market societies in recent decades. Most Europeans now have low birth rates. They therefore face a choice of allowing their populations to shrink and risking poorly supported retirees and deflationary pressures on the one hand, and on the other importing labor on a significant scale. As it is, Germany may shrink from over 80 million to about 70 million by 2060. Some prominent economists believe that the country is not bringing in nearly enough immigrant workers to meet society’s needs in coming decades. There is already a shortfall of 400,000 skilled laborers.

Merkel’s emphasis on ensuring that immigrant children have the opportunity to learn good German (she wants to hire more teachers of minority background) would be admirable if not for two objections. First, the main impediment to linguistic assimilation is neighborhood segregation. There are informal mechanisms that create immigrant labor slums, including the reluctance of realtors to show houses to minority members in neighborhoods dominated by the majority. Is she ready to push for a German equivalent to the Fair Housing Act? Second, one has the sinking feeling that her notion of assimilation involves, like that of Bismarck, the undermining of immigrant culture and institutions.