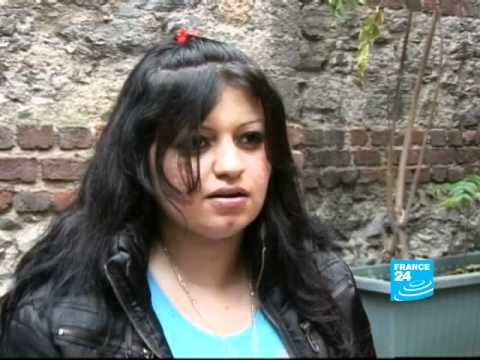 It should be remembered that attacking Christians is a political tactic of the militants. Otherwise, the Christians were there because they had been tolerated by Muslims, and Iraqi Muslims for the most part have condemned the sectarian violence. Indeed, Turkey and Jordan, among the places to which Iraqi Christians have fled, are Muslim-majority societies. Depicting the conflict as simply a Muslim-Christian one is far too simplistic.

On October 31, a major attack by extremists on Our Lady of Salvation Church in Baghdad left over 50 dead. In the past two weeks, “al-Qaeda in Iraq” has announced that Christians are a legitimate target not only in iraq but throughout the Middle East. Attacks and bombings and especially threatening letters and posters have impelled a new exodus. The Australian Broadcasting Co.’s intrepid Ben Knight reports from Amman on Iraqi Christian refugees in neighboring Jordan. He interviews Nijem Abdallah, whose cousins perished in the attack on the cathedral, and who received a visit from Muslim extremists:

‘ (Nijem Abdallah speaking): “They came into my shop and demanded I give it to them,” he says. “So I did. Then they followed me home and demanded a thousand dollars a month or they would kill me and my son.”

Nijem Abdallah says the men were from the Mahdi Army. It’s the military wing of one of the main power blocs in Iraq’s new Government.

Nijem Abdallah says he spoke to his brother in Baghdad two day ago, who told him that Christians are now finding posters on their houses, telling them they have three days to get out.’

It is alarming that both Shiite and Sunni extremists have apparently taken up the call to force the Christians out. These techniques are exactly the ones that Shiite militants used to ethnically cleanse Baghdad of most of its Sunnis in 2006-2007. When I did interviewing with (mostly Sunni) Iraqi refugees in Jordan, they mentioned receiving letters threatening them with being killed if they did not leave their neighborhood. The threats were among the things keeping them from returning to Iraq. If such techniques could chase hundreds of thousands of Sunnis out of the capital, they hold the potential of forcing all Christians out of Iraq.

That is the reason Prime Minister Nuri al-Maliki protested against Western nations offering asylum to Iraqi Christians on a large scale, since he fears that such policies will empty Iraq of its vibrant Christian community.

France,which has taken in over two dozen Christian Iraqi refugees, has attempted to reassure al-Maliki and others that Paris has no intention of emptying the region of its Christians. Some observers detect hypocrisy in the grandstanding of President Nicolas Sarkozy, since Sarkozy has been busily deporting Roma (“Gypsies”) to Eastern Europe this summer.

France24 has a video report on Iraqi Christian refugees in Istanbul, Turkey:

Arwa Damon of CNN did a report on the aftermath of the Halloween attacks on Christians in Baghdad: