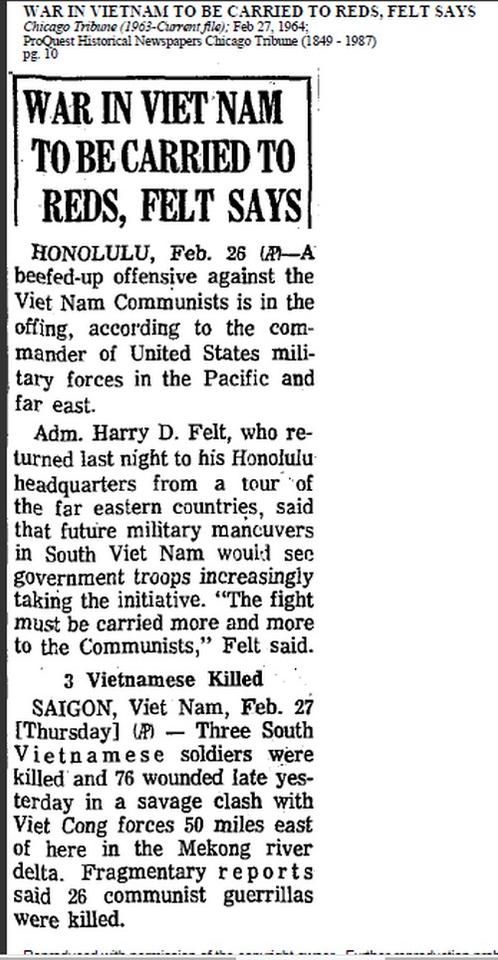 "War in Vietnam to be Carried to the Reds, Felt Says"

Los Angeles Times, November 17, 2010: “As NATO leaders meet in Lisbon this weekend, the U.S. is expected to endorse a plan for slow withdrawal and gradually handing over security responsibility by 2014.“:

“At a summit in Lisbon this weekend, Obama and other NATO leaders will endorse a plan to gradually turn combat responsibility over to the Afghan army and police by 2014, a timetable that will keep tens of thousands of U.S. combat troops in Afghanistan well beyond the end of Obama’s first term.” 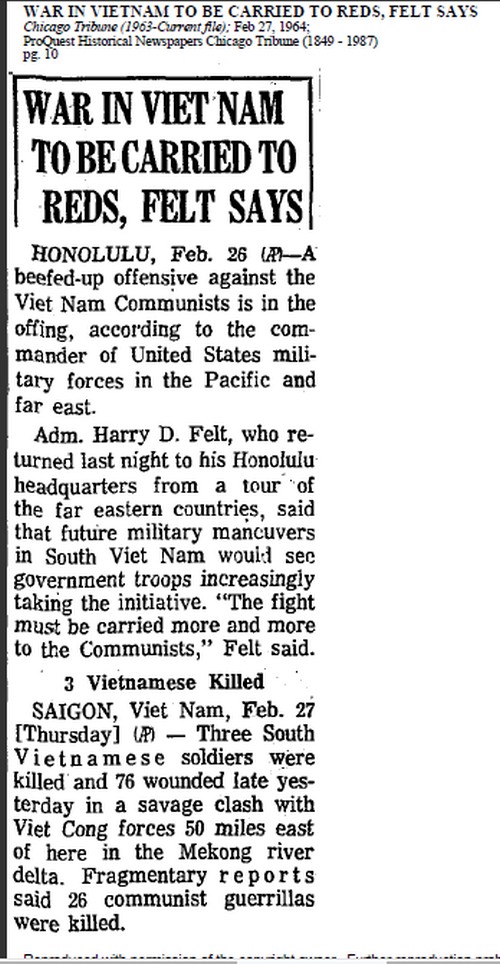