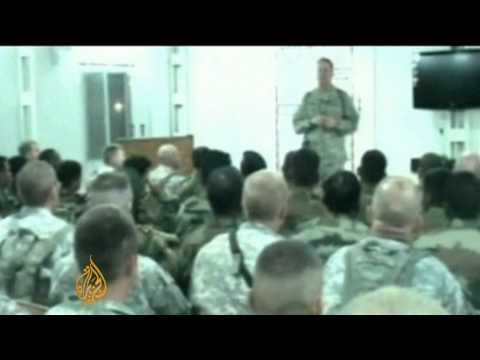 One of the great things about the victory of so many eccentrics in the congressional races of 2010 for bloggers is that we can look forward to at least two years of having lots of fun with them. Of course, old-time funny people have come back, as well, such as cut-up Michele Bachmann.

Bachmann is among those spreading the ridiculous rumor that President Barack Obama’s trip to Asia, including India, will cost $200 million a day. In 2010 dollars, President Clinton’s 10-day visit to Africa over a decade ago cost about $5 mn. a day. That is probably ballpark for Obama’s trip as well. The Pentagon called ridiculous the idea that a tenth of the navy (right wing fantasy radio alleges 34 battleships) will be diverted for the trip.

What Bachmann does not know (and what she does not know would fill a parallel universe) is that even if the allegations were true (which they are not, being off by a factor of 40), it might be worth it. Obama will be in India three days during the 9-day trip, so let us attribute a mythical $600 million to Obama’s stay there (again, a fantasy– it is more like $15 mn. in all likelihood–but let’s play the game).

India’s external trade with the United States in 2009 was roughly $37 billion. But India’s ambassador to the US, Meera Shankar, has just predicted that US-India trade will grow to the level of $50 billion a year by next March, i.e., it will increase 30% over 2009 levels. That would be an increase of roughly $13 billion over the 2009 total.

Obama isn’t going to India for his health. India is looking to expand trade, and its government is seeking to buy $30 billion worth of weaponry over the next five years. Prime Minister Manmohan Singh can buy it from Russia, or from France, or from the US. Obama is going to Delhi as salesman-in-chief to try to get as much of that sum spent on American-made materiel as possible.

Aljazeera English has a video report on the possible arms deals:

Some analysts think the US could gain $20 billion or so from India in arms sales alone. And then there are enormous potentials for developing civilian trade, as the already-envisaged increase in bilateral trade of $13 bn. over 2009 demonstrates. And since the new deals would be multi-year in impact, the trip would be paid for many times over.

So if Obama can seal deals with New Delhi worth many billions of dollars, obviously the foolishly alleged $600 million price tag would be well worth it (just so Michelle Bachman, Michelle Malkin, Rush Limbaugh and the others peddling this drivel against Obama understand, a “billion” is a thousand times more than a “million.”)

In reality, Obama’s trip to India will be a real boon for the US economy and for America’s geostrategic position in Asia, and anytime you can send so competent, intelligent, informed and canny a leader as Obama from Washington out into the world, you’ve done yourself an enormous favor.

The thing I worry about is that the crazed right wingers bellowing about the (imaginary) cost of Obama’s visit to India will so offend the Indians that they decide it is better to deal with the less batsh*t looney Russians and French, and shut the door on rude and offensive Washington. If that were to happen, I say we drag Michelle Bachmann over to the nearest closed Boeing or Lockheed Martin factory and make her apologize to the unemployed workers she created.

Moreover, I find it extremely suspicious that the original allegation of the high cost of the trip originated, allegedly, with an official in the state of Maharashtra, Obama’s first stop. Although the state government of Maharashtra is in the hands of the Congress Party, many bureaucrats come from the Shiv Sena, a far right wing Hindu party that dominates Mumbai and is marked by anti-foreign sentiment which is in opposition to Manmohan Singh’s Congress Party (in power at the Federal and State levels). Unless we know who the anonymous official is, we cannot tell if he made an innocent mistake or exaggeration, or if he was deliberately attempting to provoke controversy around Obama’s visit.

If so, Michelle Bachmann, Michelle Malkin, Rush Limbaugh, and etc. are betraying the United States, acting so as to harm deeply our national security and economic interests, and possibly taking cues from foreign enemies of our country.