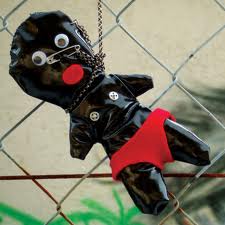 In Quentin Tarantino’s camp noir classic, Pulp Fiction, the Bruce Willis and Ving Rhames characters have an altercation and one chases the other into a pawn shop, the proprietor of which is a Maynard who has a friend Zed. They capture Marsellus (Rhames) and have their way with him as a man in a bondage suit (the “Gimp”) watches. It has long struck me that the Israelis are playing Maynard to Gaza’s Gimp or Marsellus. They are keeping the Palestinians of Gaza in their metaphorical basement, dressed up for abuse, which they visit on them regularly. The Israeli blockade of Gaza is not a policy. Policies are rational, have bounds, have attainable goals. What has the blockade accomplished? When will it end? How can it be justified given it breaks about ten major international laws? How can it be justified given that it is contrary to everything in Jewish ethics (would Israelis like to have their children blockaded that way, is the question Rabbi Hillel would ask). It is not a policy. It is a piece of sadism on a mass scale.

Gisha.org recently managed to get released Israeli documents that spell out the blockade policies in Gaza and what underlies them. There was a deliberate policy of under-supply, of not letting in quite enough fuel to keep electricity going, of denying people ‘luxuries,’ of punishing them in petty ways that have nothing to do with Israeli security. Of treating the Palestinians of Gaza, including the little children, like so many Gimps.

The Likud spinmeisters made the issue go away in the press after the aid flotilla of late last May shed loads of illumination on the slow brutalization of the Palestinian people. The magic words for this act of prestidigitation? An “easing” of the blockade.

There has been no significant easing of the blockade. Virtually no goods made by Palestinians in Gaza may be exported abroad, by Israeli fiat. As military occupier, Israel controls Gaza’s shore, its waters, and bombed its airport into smithereens. Two-thirds of Palestinian businesses have been shuttered by the baleful Israeli siege since 2007. Those that remain function at much reduced capacity, often denied the raw materials they need to produce made goods. 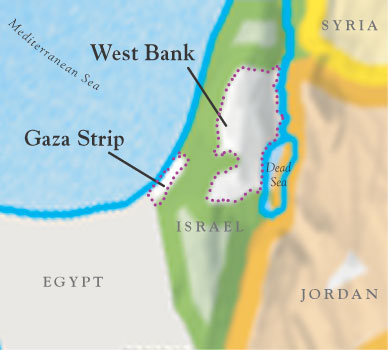 The Israelis destroyed 1/8th of the family homes in Gaza during their brutal bombardment in winter 2008-2009. But they won’t let in the materials needed to rebuild. One can only conclude that they want Palestinians to be homeless, to live in the street.

None of the justifications typically given for the blockade hold water in international law. That Hamas was voted into power in the January, 2006, elections sponsored by the Bush and Olmert administrations is no reason to deny a small child permission to leave Gaza for medical treatment. (1/5 of Gazans’ application to leave for medical treatment are much delayed or denied by Israeli authorities). Not letting Palestinians make clothing for export is an illegal policy in the law. Only directly military goods may be blockaded.

What is truly disgusting is not only that the Israelis pursue this beastly policy toward Palestinian children and other civilians. It is that the major world powers are complicit in it. If the United Nations Security Council amounted to anything, it would order (and I mean order) the Israelis to desist. And don’t get me started about the US government, which is playing Zed to Israel’s Maynard in abusing the captive Gimp.

People who don’t think massive long-term sadism toward a million and a half people will cause trouble for the perpetrators are adopting an ostrich policy. Gaza’s conditions are on Arabic satellite t.v. daily. Nothing can be hidden. It is wrong in itself, but even more wrong if we consider the potential consequences.