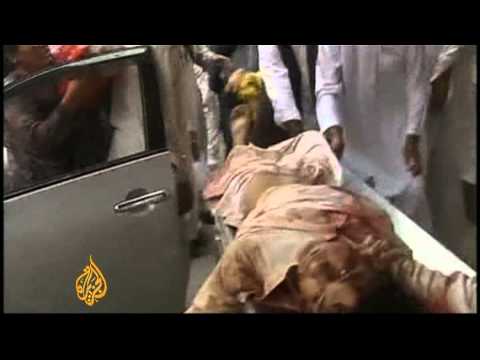 The Pakistani Taliban (Tehrik-i Taliban Pakistan) bombed two mosques in Pakistan’s Pashtun northwest on Friday, killing over 70 persons and wounding many others. CSM argues that one of the bombings, in Dara Adam Khel, was a reprisal against the Akhurwal tribe for opposing the Taliban and allying with the Pakistani army. Dara Adam Khel is a picturesque village renowned for its’ blacksmiths’ ability to handcraft rifles and other weaponry.

The Tariq Afridi faction of the Pakistani Taliban had been pushed out of Dara Adam Khel by the Pakistani government, which the Akhurwal tribe supported in this endeavor. But they had only been pushed out to the mountainous environs of the city, and can clearly come back in and wreak havoc.