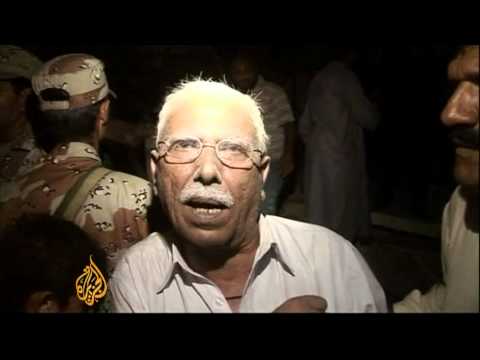 Dawn is breaking the news that some of the attackers behind the massive explosion on Thursday night at a Sindh Crime Investigation Department building in Karachi, which killed 18 and wounded 100, may have been able to escape.

The southern Pakistani port city of Karachi (pop. 14 million) is a cauldron of ethnic and religious conflict, and has allegedly been targeted by the Tehrik-i Taliban Pakistan (Movement of Pakistani Taliban) on several occasions recently. The TTP has asserted that it was behind the attack.

It is thought that perhaps the targets of the attack were security officials responsible for tracking and foiling terrorist plots by the TTP and the anti-Shiite Lashkar-i Jhangvi, a Punjabi group that has increasingly merged with the Pashtun Pakistani Taliban.

The boldness and ability of the TTP to blow up the HQ of the effort to track their movements is breathtaking, and shows the reach of the militants, since they struck far from their home base in Pakistan’s northwest.