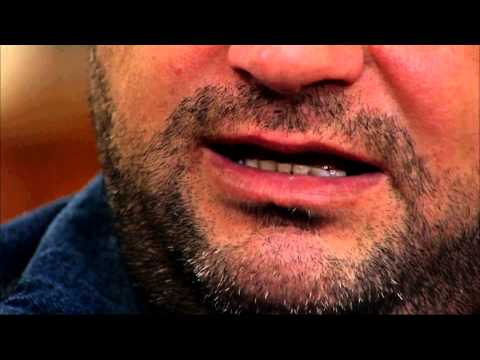 Al-Safir reports that 2 were killed and 14 wounded in a series of bombings extending over a two-hour period in Baghdad in the late afternoon on Thursday, which targeted Christians. The bloodiest attack took place in the district of of al-Ghadir in the center of the capital, where guerrillas attacked two Christian homes with bombs, killing two and wounding 5. The other five attacks, which took the form of roadside bombs, did not kill anyone, though they wounded a further 9 persons. Many Christians still live in al-Ghadir, though some number have fled because of the threats launched against them by Muslim radicals. Two bombs were detonated in West Baghdad, targetting the garden of a house owned by a Christian family. In the neighborhood of al-Barmouk, which wounded one person. The second targeted Christians in in the district of al-Khadra’, wounding two.

In Dora, in south Baghdad, a bombing wounded three Christians, and two more were injured by a bombing that targeted their home in al-Sayyidiya. Another bomb was set on Sina`a Street in Karrada, a shopping district in which is located Our Lady of Salvation Cathedral, which had been attacked on October 31 and its congregation massacred, with 41 killed. After that bloodbath, all the major churches in the capital had blast walls erected around them. Christmas celebrations were canceled and the only service was in honor of those Christians who had just been killed.

CNN has a video report by Jomanah Karadsheh

Last week, the threats from radicals had led most Iraqi Christians to commemorate Christmas in an unusually muted fashion, as ITN reported:

This column in al-Sharq al-Awsat [‘the Middle East’] points out that Christians are relatively well treated in Jordan and Syria, from which there has been no great exodus, whereas they are leaving Egypt, Lebanon and Palestine. The comparative perspective here is important as a way of fighting essentialism. The problem is not a Christian-Muslim struggle in the Middle East in any simplistic sense.

Syria’s Muslim, Allawi Shiite rulers, adopted the secular Baath Party, which downplays religious identity and so, relatively speaking, benefits Christians, who are about ten percent of the Syrian population. In neighboring Jordan, where Christians are also about ten percent, the Hashemite monarchy pursues a cultural policy of secular tolerance and religious traditionalism (as opposed to modernist fundamentalism). Both governments are relatively strong, and both have cracked down hard on fundamentalists and other radicals.

In Lebanon the Christian exodus was hastened by the Civil War of 1975-1989 and then by the political uncertainty thereafter, including the Israeli attack of 2006. Note that there has been little targeting of Christians qua Christians in Lebanon; the struggles are between political parties and clans. The Shiite party-militia, Hizbullah, has often had a close alliance with sections of the Maronite Christian community. Likewise, Christian Palestinians have left Gaza and the West Bank more because it is unpleasant to live under Israeli occupation than because they were attacked by Hamas.

As for Egypt, I’m not actually sure that there is significant Christian out-migration from that country. There are only about 340,000 Egyptian-Americans, and they are probably about evenly split between Christians and Muslims. Since there are 8 million or so Christians in Egypt, 170,000 just isn’t that many. In the 1990s, only about an average of 4000 Egyptians a year immigrated into the US. Only in the past five years has the annual average jumped to 10,000. Again, if that is approximately 5,000 Copts per year leaving Egypt for the US, it just isn’t all that significant demographically. Of course, some Egyptians do also emigrate to Europe, but I think those numbers are relatively small. Nearly 3 million Egyptian guest workers labor in oil states in the Middle East, but almost all of those come home once they save some money, and I don’t have the impression that Christians bulk large among them.

The Baath regime in Iraq was horrible for Kurds and Shiites, but it protected Chrisitans, and there were prominent Christian Baathists such as Tariq Aziz (Mikha’il Yuhanna). The current attacks on Iraqi Christians are not the operation of normal, everyday, Muslim culture in that country. Rather, the US overthrow of the secular Baath and the rise of fundamentalist Shiite and Sunni parties and militias removed the protection that Christians had enjoyed under secular nationalism. And, Iraqi Christians were unfairly tarred with the brush of Christian America’s occupation of that country, becoming politicized and made a symbol of collaboration in the absence of any real evidence for such a charge. The American occupation provoked the rise of radical cells intent on overturning the new, American-installed order, and they are scapegoating Iraq’s Christians as a soft target whereby to make their political points. But remember that these radical cells attack and kill far more other Muslims than they do the religious minorities. Remember, too, that many Iraqi Christians appear to settle in Syria and Lebanon once they flee Iraq– i.e. they are staying in the Middle East.

It doesn’t have much to do with mainstream Islam, which has made a place for Christians in the Middle East for nearly a millennium and a half. Rather, religion has been politicized in new ways by America’s muscular Christianity and its heavy-handed interventions in the region. And, in places like Egypt, local economic and status competition drives the conflict, as a side-effect of globalization. It should be remembered that in 1919-1922, during the Wafd Party’s campaign for independence from Britain, the Copts joined the freedom struggle and were lionized as symbols of authentic Egypt (being coded as direct descendants of the Pharaonic Egyptians).

All that said, for Iraqi and Egyptian Christians to be targeted by radical Muslim cells is very bad news and really could over time drain Iraq in particular of Its Christians, leaving it culturally and politically much impoverished and monochrome.