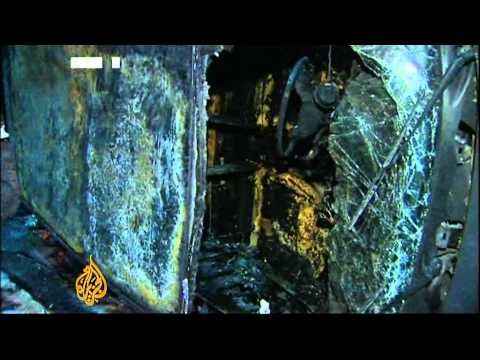 Thousands of Muslims honored a promise made by their leaders and showed up at Christmas Mass or at candlelight vigils outside Egyptian churches on Friday, offering their bodies as human shields against any acts of terrorists. The observances were tense, in view of the New Year’s Day bombing of a cathedral in Alexandria, which killed 21. The Egyptian Coptic Orthodox Church celebrates Christmas on January 7. Among those Muslims making this statement was beloved comedian Adil Imam. Since the 1990s Imam has been active in combating radicalism, memorably in his film “Kebab and Terrorism” (Kebab wa Irhab).

Father Marqus, the Bishop of Alexandria, said that in his entire life he had never seen the degree of solidarity of Muslims with Coptic Christians that he has witnessed in recent days. He said that Muslims attending the funeral of the Christian victims of the New Year’s Day bombing had treated them like Muslim martyrs, pronouncing ‘God is Great!’ in mourning, and had erupted in applause at the condemnation of the terrorists. He said that the bombing was like an aqua regia solution that would assay the metal of the Egyptian people and reveal their golden nature. The act of terror, he said, will have the opposite effect of the one intended, and will instead increase the love of Christians and Muslims for one another.

This report from Aljazeera English also shows the solidarity demonstrations and the extensive security protection offered the Christians by the Egyptian police and security forces: