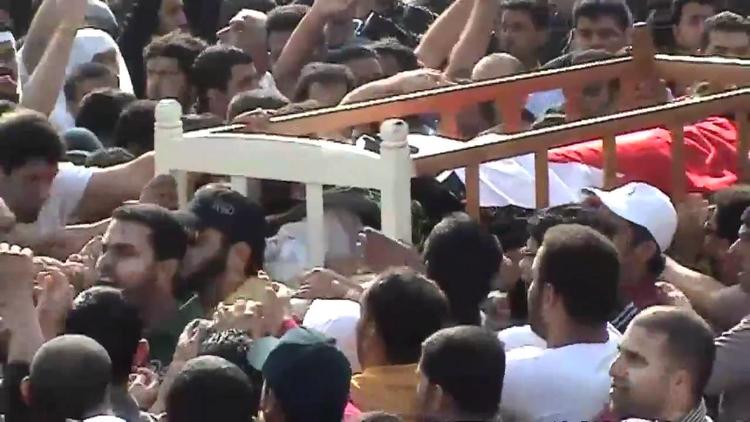 ITN has video on Friday’s dramatic protests in Libya, Yemen and Bahrain (for the latter scroll down).

Some 80 protesters have been killed in the past three days in Libya, and 35 were killed in Benghazi on Friday evening alone. They are challenging the rule of dictator Muammar Qadhafi. Some crowds are pulling down statues of his Green Book, his revolutionary manifesto.

In Yemen, four protesters were killed in the southern port city of Aden. A grenade attack by an unknown assailant on a demonstration in Ta’izz left 35 wounded. The protesters want an end to the dictatorial and nepotistic rule of Ali Abdullah Saleh, who has been in power since the late 1970s.