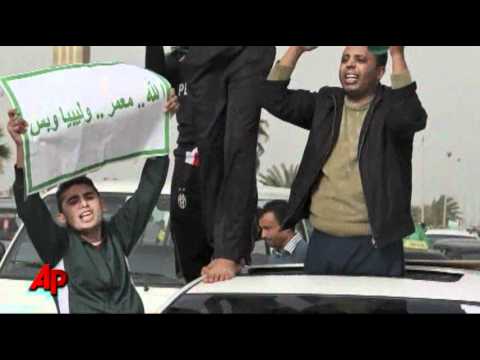 5. Dear right wing blogosphere and also Bill Maher: You can’t generalize about women’s position in Muslim countries based on a reprehensible mob attack on CBS reporter Lara Logan. Generalizing about a whole group of people based on a single incident is called “bigotry.” It is also a logical fallacy (for wingnuts challenged by six syllables in a row, that means, ‘when your brain doesn’t work right’) known as the ‘Hasty Generalization.’ Nobody seems to note that allegedly helpless Egyptian women were the ones who saved Logan, or that Anderson Cooper was also attacked.

Some other examples of reporters or celebrities being assaulted by crowds are here and here. Wingnuts, and also Bill Maher, who do not immediately make generalizations on these bases about large groups of Westerners are wusses.

Note to Muslim-hater Bill Maher, who should know better: It is not true that women cannot vote in 20 Muslim countries, and please stop generalizing about 1.5 billion Muslims based on the 22 million people in Wahhabi Saudi Arabia, the only place where women cannot drive and where men can vote (in municipal elections) but women cannot. It would be like generalizing from the Amish in Pennsylvania to all people of Christian heritage and wondering what is with Christianity and its fascination with horses and buggies.

4. That the unrest in Bahrain is significantly caused by Iran is false. It is an indigenous protest of Arab Shiites who are treated like second class citizens in their own country. On Saturday night,
the protesting crowds camped out in Pearl Square downtown, as their leaders consulted in preparation for talks with the government. Wikileaks cables show that the US government consistently discounted fear-mongering about Iran by the Sunni monarchy in Bahrain.

3. Yusuf Qaradawi, the 84-year-old preacher whose roots are in the old Muslim Brotherhood before the latter turned to parliamentary politics, is nevertheless no Ayatollah Khomeini. Qaradawi addressed thousands in Tahrir Square in Cairo on Friday. Qaradawi called for Muslims to fight the Taliban and al-Qaeda alongside US troops in 2001. On Friday he praised the Coptic Christian role in the Egyptian revolution and said that the age of sectarianism is dead. Qaradawi is a reactionary on many issues, but he is not a radical and there is no reason to think that either the Youth or Workers’ Movements that chased Hosni Mubarak out of the country is interested in having Qaradawi tell them what to do.

1. Despite the importance of Facebook and Twitter as communication and networking tools, Labor unions and factory workers have been more important in the Arab uprisings than social media. In Libya, the regime’s attack on internet service did not forestall a major uprising on Saturday in Benghazi, which the regime met with deadly force.