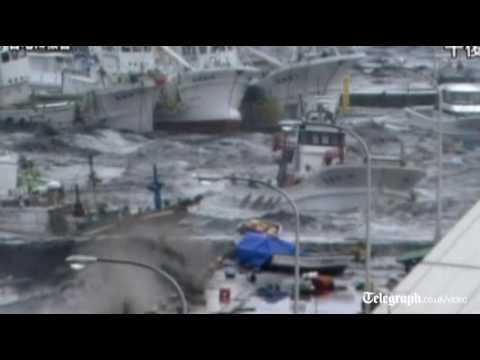 Every once in a while, amidst our petty wars and squabbles with each other, Nature reminds us that the real threat to humankind comes from her, not from other human beings. Climate change is human-driven, but its danger is in unleashing uncontrollable natural forces of immense power. We are still defenseless against a meteor strike of the sort that helped polish off the dinosaurs. And, we lack good defenses against tsunamis. Unless we can put aside our divisions and work effectively together on these natural threats, humans remain in extreme danger as a species.

Telegraph video of Japan’s 8.4 magnitude earthquake and the subsequent tsunami. There is a tsunami watch now for the Pacific basin, including Hawaii.

I was in Japan in October for a conference, and remember with great fondness the kindness showed me by hosts and old friends, and am just devastated at this disaster.