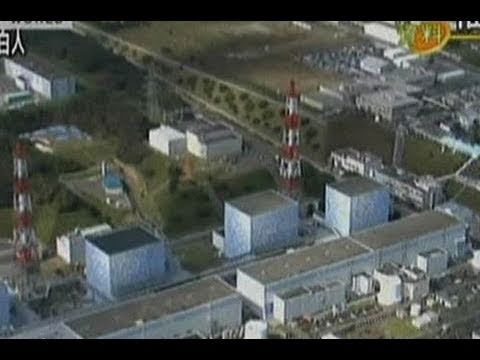 Fears over possible nuclear reactor meltdowns have complicated Japan’s attempt to recover from the tsunami that hit northern prefectures on Friday.

Japan, which has no oil or gas of its own, gets about a third of its electricity from nuclear power as a result of a government push to build nuclear reactors after the energy price spike of the 1970s. The ratcheting up of petroleum prices because of the instability in Libya and elsewhere in the Middle East shows that the need for an alternative to hydrocarbons is still there. (And in addition to price considerations, we now know that the world faces a dire threat from carbon dioxide-caused climate change). But the answer in 2011 is different than it was in the 1980s. Now it is possible to replace hydrocarbons with renewable energy.

The meltdown fears in Japan gave a special impetus to a demonstration in Germany on Saturday against nuclear reactors, which drew 50,000 protesters. The conservative Merkel government had decided to keep operating the country’s nuclear reactors until 2035, well beyond their original planned closure dates. The decision provoked an outcry among Germany’s Green Party and its Social Democratic Party allies.

Euronews reports on the anti-nuclear demonstration in Germany:

Germany generates 17 percent of its electricity from renewable sources such as wind and solar, in both of which it is a leading innovator. The achievement is largely owed to government policies giving incentives for use of alternative energy, policies implemented when the SPD/ Green Party coalition was in power.

In contrast, Japan’s government has done little to promote alternative sources of energy such as wind, an area in which the country has fallen behind leaders such as Germany and China. Projects at harnessing the power of ocean waves are planned off Scotland and Oregon, but apparently not Japan (surely a natural in this regard).

Portugal gets 45% of its electricity from renewables, mostly because of government policy and investments in a smart grid. Lisbon has demonstrated that renewables are practical sources of a majority of a country’s electricity even now.

The Japan crisis has renewed fears among environmentalists in India about that country’s plans for 21 nuclear power plants. Given that solar energy is now reaching grid parity in some markets, at $4 per watt, sun-rich India is daft to subsidize expensive and dangerous nuclear plants.

Nuclear power plants are inherently unsafe, can facilitate nuclear weapons proliferation, and produce nuclear waste that is impossible to dispose of safely. Advocates for this industry use propaganda and corrupted ‘science’ in an attempt to cover up these obvious conclusions, an activity called “greenwashing.” Government and industry investments in the dead end of nuclear plants divert precious resources away from solar and wind, which are far more viable.

Japan is in the midst of a very difficult set of challenges. But when they are met, its government should make an ambitious turn to promoting green energy on the Portuguese model. And India should rethink its ill-conceived turn to nuclear plants. It is a seismically active area, and infrastructural upkeep is difficult in a developing nation.